In a very amicable collaboration with the group of Prof. Wolfgang Lubitz from the Max Planck Institute for Chemical Energy Conversion in Mülheim and later on also with the group of Prof. Inês A.C. Pereira from the University Lisbon our group developed a strategy to protect highly active but also highly O2 sensitive hydrogenases (biocatalysts for H2 oxidation) by incorporation of these proteins into low potential viologen-modified polymers that are capable to reduce incoming O2 and thus protect the active hydrogenase/polymer layer. Moreover, the polymers do not only act as O2 shield but also as electron relay matrix between the electrode and protein and thus protect the enzyme from high potential deactivation (polymer acts as a Nernst buffer) which might occur in fuel cells especially under anode limiting conditions.

Although this stagey was very successful and could be transposed to many air sensitive hydrogenases, the current output of those bioanodes was heavily limited by the solubility of the gaseous substrate H2 in aqueous media. Consequently, the question with that we were facing ourselves and we were faced by the community was: How can we increase the power output of our system to get one step closer to technological applications?

Gas breathing electrodes were used before for the fabrication of high current densities hydrogenase-based bioanodes. These porous electrodes are permeable for gases and thus ensure a high substrate flux at the active site by establishing a triple phase boundary at the catalyst/electrolyte/gas interface. However, approaches reported so far were based on a direct electron transfer (DET) regime between the hydrogenase and the electrode and thus the enzyme was left unprotected.

What sounds straightforward “transpose the polymer/hydrogenase layer from conventional flat electrodes to porous 3D structured gas-breathing electrodes” was indeed only possible by a combination of various expertise that are assembled in our research group. First, we had to design a redox polymer that served as an adhesion layer between the hydrophobic and porous electrode material and the active hydrogenase/polymer film which also prevents DET between the enzyme and the electrode which would lead to high potential deactivation of the catalyst. In a second step, the active H2-oxidation layer in which the redox polymer served as electron relay and as O2-protection layer was immobilized. Finally, a pH sensitive polymer capping layer that prevents the desorption of the underlying active layer by forming a dense and insoluble polymer network under turnover conditions was introduced. Thus, combining the advantages of fine-tuned polymer matrixes that act as protection shield and immobilization matrix, with advanced electrode architectures based on polymer multilayer systems, H2-oxidizing bioanodes with benchmark current densities of up to 8 mA cm-2 were accessible. The combination of the gas-breathing bioanode with a conventional high current density air-breathing biocathode led to a membrane-free H2/O2 biofuel cell with outstanding power densities of 3.6 mW cm-2 at 0.7 V and an OCV of 1.13 V that is only slightly below the theoretical value of 1.23 V.

A simple production of nanoparticle-decorated nanofibres 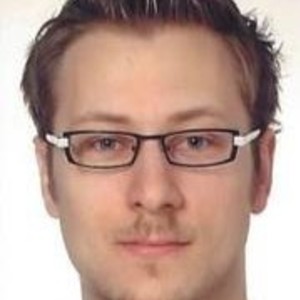