The dream of many scientists is to connect a fundamental discovery with an important practical application.  After finishing graduate school at UC Berkeley, it was my goal to provide a fundamental basis for better understanding heterogeneous catalysis by metals - knowledge that was sorely lacking at the time. Soon thereafter my research group at Stanford initiated experiments on metal single crystals surfaces of known structure and composition, conducted in ultrahigh vacuum, in order to define and understand the kinetics and mechanism of relevant reactions, with emphasis on selective catalytic oxidation by group 1B metals.  We developed highly sophisticated methods to quantitatively measure the evolution of products emanating from the surface into ultrahigh vacuum in response to a temperature transient, an extension of methods I had learned from the group of Manfred Eigen while a postdoc at the Max Planck Institute for Physical Chemistry in Goettingen, Germany.  We elucidated catalytic cycles, elementary steps and their activation energies and pre-exponential factors. We developed the fundamental principles that guided the course of these reactions – an exciting leap forward in catalytic science. [R.J. Madix, Science 233 (1986) 1159] How would these discoveries be translated into the real world of catalysis?  That question would take many years to answer.

About a decade later, while still continuing the work on reactions on single crystal surfaces, I collaborated with Dr. John Gleaves at Monsanto Chemical Co. on the catalytic oxidation of the ethylene by silver utilizing a pressure pulse method he had developed that afforded the possibility to determine reaction kinetics over actual catalytic materials at reactor temperature. [J. Gleaves, A. Sault; R. J. Madix, J. Ebner, Journal of Catalysis 1990 (121) 20] Though the method showed great promise, the mathematical analysis necessary to interpret the results was not yet available. But the unique possibilities of the method stuck with me.

As the field of the surface science of catalysis progressed, a divide with the community engaged in “practical” catalysis developed.  Incorporation of the knowledge base gleaned from surface science was slow to be incorporated into the world of “real” catalysis and these developments were dismissed with terms such as the “pressure gap” and the “materials gap.”  These two terms referred to the fact that the single crystal studies were conducted at low pressures and on materials there were not the actual catalysts in use. Though it was clear that the conditions under which these two areas of catalysis were conducted were different, it was also clear to us that the real issue was a knowledge “gap,” not some inherent mystery.  Connecting the two regimes remained a challenge.

After years of developing a fundamental knowledge base for selective catalytic oxidation at Stanford, in 2005 I moved my laboratory to Harvard University to join forces with Prof. Cynthia Friend of the Chemistry Department, who had established a strong fundamental program on surface reactivity.  Soon we began collaborating on studies of catalytic reactions on gold catalysts, a topic of intense worldwide interest at the time.  We soon discovered a host of fascinating oxygen-assisted coupling reactions on gold single crystal surfaces that had clear implications for gold catalysis and for the catalytic synthesis for esters and amides in both gas and liquid phase - well beyond the conditions studied on the single crystals. [Bingjun Xu, Robert J. Madix and Cynthia M. Friend, J. Am. Chem. Soc, 132 (2010) 16571; Michelle Personick, Robert J. Madix, Cynthia M. Friend, ACS Catalysis, 7 (2017) 965]

In the early stages of this work Prof. Friend was aware that Dr. Juergen Biener of the Livermore National Laboratory had recently been able to catalyze CO oxidation at atmospheric pressure over an unsupported, high area gold catalyst formed by leaching silver from a Ag/Au ingot.  Prof. Friend speculated that this catalyst could also perform the methanol coupling and collaborated with Dr. Biener and a group from Bremen University to show that methanol coupling to methyl formate was indeed catalyzed under reaction conditions at atmospheric pressure by this material. Soon thereafter at Harvard we demonstrated the coupling and cross-coupling of a variety of alcohols in steady flow reactor, paralleled by detailed studies of the mechanism on single crystal surfaces, showing a clear mechanistic connection between the two. [Lu-Cun Wang, et. al., Journal of Catalysis 329 (2015) 78]

Sensing the possibility of more quantitatively linking ultrahigh vacuum and reactor studies, we purchased a pressure pulse reactor of the type used years earlier at Monsanto.  At this time the mathematical analysis of the Knudsen pulse reactor had been developed, and it seemed possible to utilize the fundamental kinetics and mechanism determined by the ultrahigh vacuum studies to account for the catalytic performance of the nanoporous gold catalyst.  We assembled a strong team of Dr. Lucun Wang, Dr. Stavros Karakalos and Dr. Christian Reece at Harvard and collaborated with Dr. Evgeniy Redekop at Oslo University, the latter two giving the mathematical skills and understanding of the pulse reactor necessary for unraveling the product transients due to the methanol pulses.   With appropriate modifications to the reactor to accommodate condensable species, with great anticipation we began study of the oxygen-assisted methanol coupling over nanoporous gold.

At first the results did not clearly reflect either the observations from ultrahigh vacuum or the steady state reactor.   They were quite puzzling.  Though this difference was actually a clue to the link between these conditions, it took us some time to realize the connections.

After extending the studies to a wider range of temperatures, and more deeply analyzing the results, the links between all of the observations began to clarify.  Our extensive analysis demonstrated that the single crystal studies and the steady state catalytic reactor performance of the gold catalyst were actually linked by the pressure pulse reactor observations.  The understanding provided a uniform picture of the relative importance of specific surface-bound reaction intermediates over decades of reactant pressure (and hundreds of degrees Kelvin) as shown by the above contour plots.  It’s hard to describe the excitement and amazement we felt as the understanding unfolded.  Moreover, this research has provided a general platform for understanding the fundamental mechanism and kinetics for advancing “catalysis by design.” 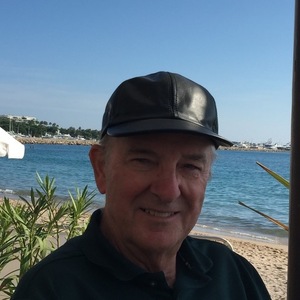