"A story should have a beginning, a middle, and an end... but not necessarily in that order"  --Jean Luc Godard

Few years back, while working on the atomistic modeling of the phase-engineered MoS2 interfaces, we came across a new member of monolayer transition metal dichalcogenide family: rhenium disulfide (ReS2), which had its structural similarity with the metallic phase of MoS2. Like many other research groups, we were also infatuated with its unique crystal structure, which prompted strong anisotropic electronic and thermal transport. After few months, we started working on a project (supported by the space technology cell of ISRO), objective of which was to explore potential 2D materials for lithium ion battery (LIB) anode. We came across an experimental study, which used nanowall ReS2 as LIB anode. It was a surprise to note that the reported specific capacity of ReS2 was close to  the MoS2 anode based LIB albeit molar mass of Re is almost double than that of Mo. We thought first principles based atomistic modeling techniques might shed some light to this anomaly. We were also very inquisitive to figure out if the ‘clusterization’ of Re atoms could lead to an anisotropic diffusion of Li ions.

However, the atomistic modeling of Li atom intercalation in ReS2 turned out to be much more complex than what we initially thought. Though numerous 2D materials were explored for LIB anode by density functional theory (DFT) based calculations, ReS2 was absent in that list. Due to its inherited distorted T’ phase it was difficult to find single Li stable binding spot on ReS2 crystal. The large unit cell of ReS2 posed additional computational burden. However, the complexity associated with this problem appeared as an opportunity to develop atomistic modeling methodology generalized for any material.

Ab-initio random structure search (AIRSS) appeared to us as most rigorous technique to model the Li binding on such distorted material, but its implementation was quite challenging. For DFT based calculation, the thumb rule is to use processor cores double than the number of atoms in the structure. Though few research groups employed high-throughput DFT calculations to explore several thousands to million atomic structures, each of those structures were limited to only few atoms. Inspecting the AIRSS code carefully we realized that its execution could be made highly parallel if we implement the algorithm in a master-slave architecture involving limited-core-CPU and many-core hardware-accelerators (HA). We thus planned to use two different kinds of HA: Intel’s Xeon Phi and Nvidia GPU, which were available at SERC’s supercomputing facility. However, running the DFT code seamlessly on three different processor architecture was a daunting task. The decision of using HAs for geometry relaxation turned out as very wise one, since we were able to relax large atomic structures with challenging symmetry in a very short time. It also gave us opportunity to design and execute the delithiation algorithm, which was sequential in nature.  The performance of NEB calculations on HA was remarkable. We probably have made a world record of NEB calculations in a single paper :-)

AIRSS gave us non-trivial atomic structures, with an unexpected twist in adsorption energy landscape and a pointer towards the metal-sulphur bond cleavage. The commonly used ‘uniform adsorption’ model predicts very high specific capacity. Difference between these two models may be used to measure the ‘capacity fading’ observed in typical charging/discharging cycle in LIB.

Facebook.com, through which we came to know that LOBSTER was not only a seafood.

A simple production of nanoparticle-decorated nanofibres 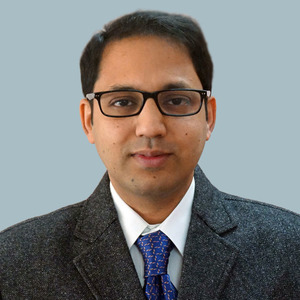