Molecular details that underlie mechanical properties of spider silk are of great interest to material scientists. We identified a three-state mechanism of self-association and an expanded structure of a spider silk protein that may contribute to elasticity of the fiber.
Hannes Neuweiler
Group leader, University of Wüzburg
Follow
Like Be the first to like this
0

Molecular details that underlie mechanical properties of spider silk are of great interest to material scientists. Here, the authors report a previously unknown three-state mechanism of folding and an expanded structure of a spider silk protein that may contribute to elasticity of spider silk. 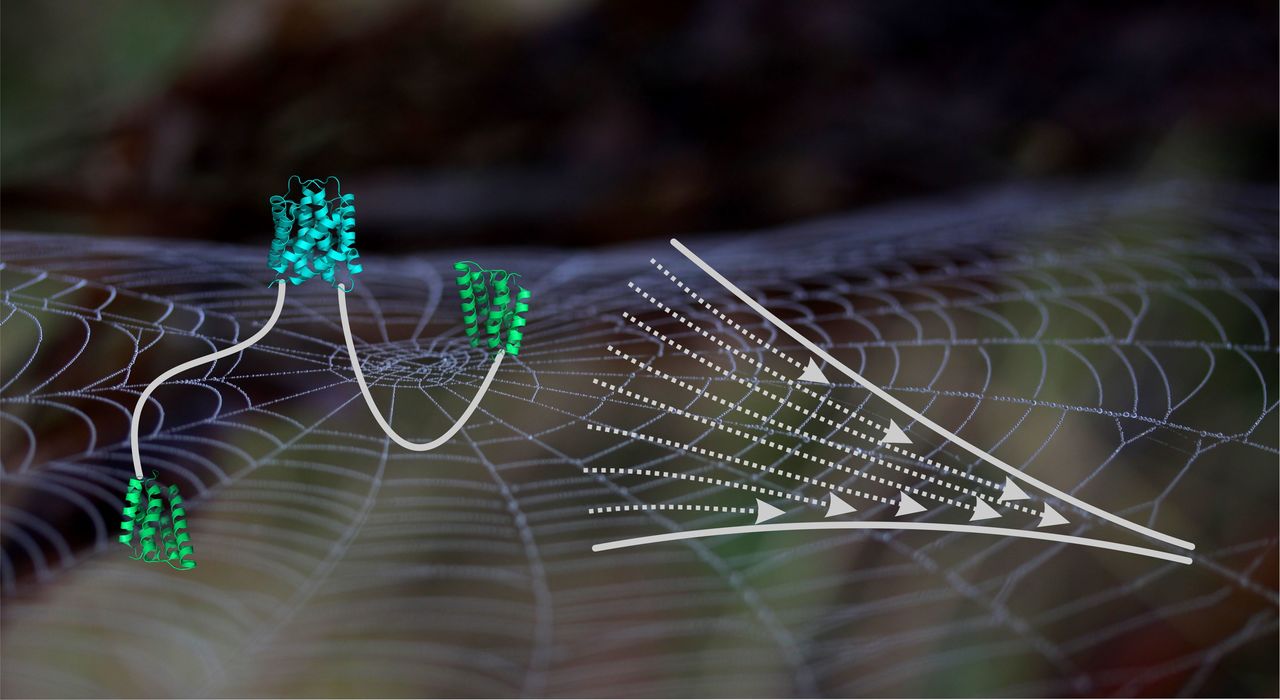