Coesite-IV and coesite-V: New high-pressure silica modifications bring three crystal-chemical surprises at once and a new insight into complexity of silicate melts in Earth’s interior

An international team of scientists has discovered unexpected forms of the mineral coesite with unusual crystal structures. The findings could have direct implications not only for the understanding the behavior of silicate liquids in the deep interior of Earth, but also for theories of planet formation.

There are growing evidences that deep-located silicate melts could play a very significant role in Earth’s past and present. This concept introduced a decade ago has been supported by numerous findings geological, geophysical, and geochemical evidences. However, structural models of silicate melts (fundamental for understanding of the properties and behavior of matter at extreme conditions of Earth’s interiors) are lacking, and the interpretation of observations still remains ambiguous. Widely accepted method to obtain a structural model of non-crystalline silica material is to compare (or fit) experimental total scattering data with the pair distribution function of known crystalline phase(s). Before our study, crystalline phases, which could describe features of the total scattering data of silica and/or silicate glass (acting as proxies of melt) at high pressure were not known.

In our high-pressure experiments, we pressurized a low-pressure silica polymorph coesite in a diamond anvil cell and observed structural changes in this phase using single-crystal X-ray diffraction. To our great astonishment, we discovered two, hitherto unknown high-pressure modifications of coesite (“coesite-IV” and “coesite-V) with the structures (Figure 1) highly unusual from the point of view of classical crystal-chemical consideration: they are built of four-, five-, and six-coordinated silicon and some SiO6 octahedra are connected through common faces.

The presence of face-sharing octahedra, a structural element, which has never been observed or even expected in silica, silicates or glass, breaks 3rd Pauling’s rule. If face-sharing octahedra are present in silicate liquids in Earth’s lower mantle, they may make them more compressible than previously thought. We found that pair-distribution functions calculated for coesite-IV and coesite-V indeed closely reproduce experimental data reported recently for compressed silica glass (Prescher et al. 2017) and molten basalt (Sanloup et al. 2013). Moreover, above 45 GPa the densities of coesite-IV and -V within the uncertainty of measurements coincide with the density of silica glass. These observations are strong arguments in support of analogous atomic arrangements in compressed silica glass (and molten basalt) and in coesite-IV or coesite-V. The presence of “unconventional” structural elements like SiO5 polyhedra and face-sharing octahedra in the silicate melts would have decreased their density and, what is even more important, caused the drop in their bulk sound velocity (by about 10% in a 100-GPa pressure range). If silicate liquids with such properties are present in the lower mantle, they should be seismically detectable.
We are fully convinced that crystal structures of coesite-IV and -V are not just a crystallographic surprise. These silica polymorphs may completely change our view of the structure of silicate melts at very high pressures and temperatures with direct implications for the formation of planet, its geochemical evolution, and properties of silicate liquids in deep Earth’s interior.

Learn more about our experiments and results in:

Beyond Nature: Next-generation ‘Masters of Disguise’ 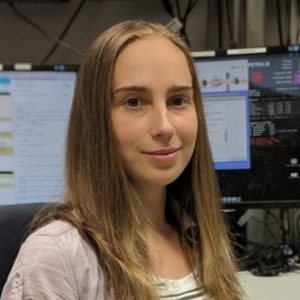