A breath test instead of a blood test. That’s how much easier it is to use a novel testing method for evaluating catalyst materials. The developed methodology uses distinct fluorescent molecules, differing in their size, to literally show whether catalyst 1, 2, or 3 works better than the others. This makes it much easier to work on improving the solid catalysts, which allows chemical production processes in industries to become increasingly more sustainable. This is the topic of our latest paper in Nature Chemistry.

Catalysts are usually studied in their powder form, but chemical reactors use solid catalysts in various shaped forms, such as cylinders, trilobes and quadrilobes, so we wanted to find an elegant method for studying the performance of catalyst bodies. By using fluorescent probes differing in their sizes it was possible to establish a visual link between where exactly these probes are taken up within a catalyst body. Furthermore, we have been able to determine the molecular transport of these fluorescent probes within specific regions of a catalyst extrudate during a catalytic reaction, and by doing so visualize relevant structure-function relationships.

Inspiration for this work came from petrographic imaging as well as bio-imaging approaches. For the latter, scientists ‘color’ parts of cells or tissues with fluorescent molecules. Under a fluorescence microscope, they can clearly see where the components are located and how they move through the cell. A similar approach has been used in this study by inserting fluorescent molecules into a catalyst material and examining the behavior of probe molecules under a fluorescence microscope.

In a separate, yet integrated approach, we have performed the methanol-to-hydrocarbon (MTH) reaction on the same set of catalyst extrudates. Here, the reaction leads to the formation of fluorescent deactivation products, and to our surprise, we could make a clear visual link between the molecular transport, pore accessibility and catalyst deactivation of the different catalyst extrudates under study. It was found that a larger region of accessibility within the extrudates increased the amounts of larger reaction products able to leave the catalyst bodies. Importantly, this process also leads to the formation of larger polyaromatics during the MTH process, which ultimately lead to catalyst deactivation. Such effect could be clearly noted when comparing the kaolin- and bentonite-containing zeolite ZSM-5 extrudates.

We believe that our catalyst ‘coloring’ method is easy to use and implement. Catalyst producers and users now have a new, fast, and easy way to see whether changes to the recipe or shape of a catalyst have positive or negative effects. However, application is not limited to the field of catalysis, and we expect that also other porous materials, such as controlled drug delivery carriers, membranes and batteries, can be investigated with this fluorescent ‘breathalyzer’. 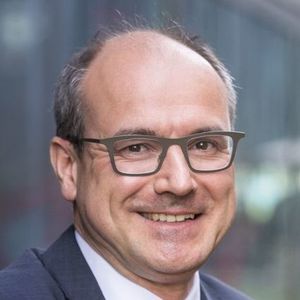