Introducing fluorine atoms into organic molecules is a key synthetic transformation commonly employed in the chemical industry. Specifically, fluorine chemistry is widely employed to significantly alter the physical, chemical and biological properties of material, agrochemical and pharmaceutical products. The high demand for fluorinated compounds has resulted in significant development of new methods for C–F bond formation. Next to the introduction of fluorine atoms using nucleophilic and electrophilic reagents, radical fluorination is becoming increasingly attractive due to the mildness and specificity of radical reactions. However, the first generation (fluorine gas, hypofluorites and xenon difluoride) and the second generation (N-fluorobenzenesulfonimide NFSI, Selectfluor® and N-fluoropyridinium salts) are often penalized by their strong electrophilic/oxidative character leading to unwanted side reactions. This situation prompted us to develop a new class of reagents, the N-fluoro-N-arylsulfonamides (NFASs), designed to work efficiently under mild radical reaction conditions to minimize undesired electrophilic or electron transfer processes.

These reagents have been optimized to decrease as much as possible the N–F bond dissociation energy and to minimize the electrophilic character. This task was challenging because we were also looking for reagents that are stable and easily prepared. Fortunately, N-arylsulfonamides bearing at least one electron withdrawing substituent such as a trifluoromethyl group on the aryl moiety were found to be easily N-fluorinated and to afford stable N-fluoro-N-arylsulfonamides (NFASs). Thanks to their very weak N–F bond dissociation energies, BDEs of 220.0–226.1 kJ mol–1 have been calculated, NFASs were shown to be behave extremely well in radical fluorination of a wide range of secondary and tertiary alkyl radicals. The early nature of the transition state and the importance of polar effects is highlighted by theoretical calculations. The radical mediated hydrofluorination of alkenes via formation of the corresponding B-alkylcatecholboranes that worked poorly with NFSI or Selectfluor® becomes efficient when NFASs are used. The utility of the reaction was demonstrated by a remote fluorination involving a 1,5-hydrogen atom transfer from a primary to a secondary alkyl radical.

The use of enantiomerically pure (+)-monoisopinocampheylboraneas a chiral hydroborating agent allowed the asymmetric hydrofluorination of trisubstituted alkenes. The use of NFASs is not limited to the hydrofluorination of alkenes, they also proved to be superior to NFSI and Selectfluor® in the decarboxylative fluorination of tert-butylperesters. Our initial hypothesis that side reactions caused by the electrophilic character of the two first generations of radical fluorinating agents could be minimized by using NFASs is supported experimentally by careful analysis of the crude reaction mixtures.

We believe that NFASs have the potential to deeply transform the field of radical fluorination by enabling powerful transformations under milder conditions than the former generations of fluorinating agents.

Our research has now been published in Nature Communications: 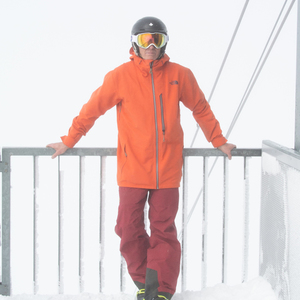