Transition metal complex absorbs energy from irradiation to excite its d-electrons. The intramolecular electron excitation may induce only a change in redox potential when the complex is coordinatively saturated rigid molecule (e.g. currently used Ru and Ir photoredox catalysts), but for metal complex without such a rigid structure, energy absorbed from irradiation may cause not only electron transfer but also change in coordination geometry and dissociation of ligand (via either photohomolysis or photoheterolysis). That means, under irradiation, transition-metal complex may have distinct new elementary reactivity compared with under thermal condition, and appropriate irradiation will enable discovery of new catalysis using even well explored transition-metal catalyst such as palladium.

We are interested in the elusive Pd(I) species and its ligand requirement in the proposed mechanism. Although the Pd(I) species generated under irradiation still lacks elucidation due to the difficulty for characterization, we speculate the ligand requirement in the irradiation generated Pd(I) species might be different with our conventional understanding of ligand effect in thermal palladium catalysis. If a suitable ligand system is chosen, the alkyl radical may be able to rebind to Pd(I) to undergo β-H elimination after SET activation of redox active ester to enable useful decarboxyolefination of alkyl carboxylates. The hypothesis and the background encouraged the implementation of this project.

Guided by our hypothesis, we found that when Xantphos and Cy-Johnphos are used simultaneously as ligands, palladium catalyst under irradiation with blue LEDs can catalyze decarboxylative desaturation of a variety of aliphatic carboxylates to generate aliphatic alkenes, styrenes, enol ethers, enamides, and peptide enamides. The Pd-catalyzed decarboxylative desaturation is utilized to achieve a three-step  synthesis of Chondriamide A and Chondriamide C in overall 68% yield from simple starting materials, demonstrating its synthetic utility.

In order to explore the role of the two ligands in the reaction, we conducted mechanism experiments. EPR signals of spin adduct formed by trapping alkyl radical with DMPO could be observed when either Xantphos alone or Cy-JohnPhos was used as ligand. These results suggest that the dual ligand system is not essential for SET-activation of redox-active ester under irradiation, but may facilitate it. The choice of monodentate phosphine significantly affected the yield of elimination product, but has no obvious effect in selectivity of β-H elimination when tertiary carboxylate possessing distinct β-Hs were tested. These results indicate that dissociation of monodentate ligands may occur during the reaction. We think that this irradiation-induced palladium catalysis involves irradiation-induced single-electron transfer and dynamic ligand-dissociation/association process to allow two phosphine ligand to work synergistically.

Our research revealed that palladium catalysis under irradiation excitation has distinct ligand requirements compared with traditional thermal systems, and that optimizing a dual ligand combination provides the opportunity to achieve new reactivity. 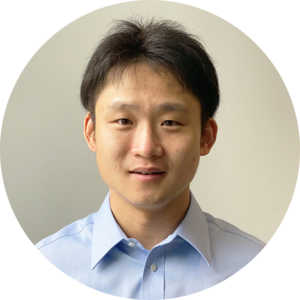 Associate Professor, The University of Tokyo