Polypeptides can be prepared via ring-opening polymerization of α-amino acid N-carboxyanhydrides (NCAs). Conventional initiators, such as primary amines, give slow NCA polymerization, which requires multiple days to reach completion and can result in substantial side reactions, especially for very reactive NCAs. Moreover, current NCA polymerizations are very sensitive to moisture and must typically be conducted in a glove box. We have discovered that lithium bis(trimethylsilyl)amide (LiHMDS) initiate an extremely rapid NCA polymerization process that is completed within minutes or hours and can be conducted in an open vessel.

NCA polymerization and resulting polypeptides have attracted more and more attentions and interests from researchers who may have background in biology, materials, drug delivery, and tissue engineering rather than organic chemistry. Therefore, we contribute the LiHMDS-initiated NCA polymerization to the scientific community to help researchers prepare polypeptides easily, without relying on glovebox and synthetic skills, and explore functions and applications of polypeptides conveniently. 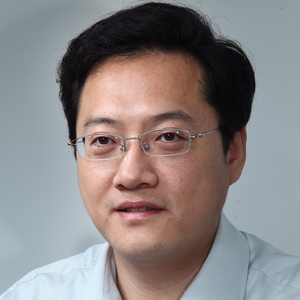 +1
Xi Lu and 1 other
Contributor
Behind the paper

+1
Roman Jerala and 1 other
Nature Portfolio Chemistry Community
We use cookies to help improve your experience. By continuing to browse our website you are consenting to our use of cookies.
Learn more