The ability to functionalize normally unreactive sites in molecules opens up tremendous flexibility in synthesis design and structural modification, in addition to reducing the need for multiple steps or highly reactive reagents. Now, a dual-catalytic strategy, demonstrated with the methods for the…

Conventionally, chemical reactions occur at the most reactive sites of substrates, while chemical catalysts modulate these inherent reactivities to undergo reactions with altered selectivity patterns. However, the functionalization of substrates at their unreactive sites is challenging and remains largely inaccessible. Such transformations typically necessitate either additional steps of substrate pre-activation or directing group installation, which lengthens synthesis and consumes additional resources, or requires the use of highly reactive reagents, which lead to a limited generality due to the incompatibility and selectivity issues with many substrates.

We set off to devise the methodologies to enable transformations occurring under mild conditions at normally unreactive sites of starting materials. We considered that (i) the reactivity of any site – that is, a functional group or a bond – in a molecule is strongly influenced by the distinct character of the neighboring functional groups; (ii) some neighboring functional groups could be temporarily interconverted in reversible reactions in the presence of transition metal complexes and additives to change an unreactive site into a reactive one; and (iii) by the full reversibility and dynamic character of such catalytic equilibrium, this process would create new non-inherent reactivity of a substrate for a catalytic functionalization reaction, eliminating the need for pre-activation or for highly reactive reagents.

As target substrates in the current study, we focused on alcohols, prevalent organic compounds, which contain a number of strong C-H bonds that are notorious for their difficulty for functionalization. Remarkably, the alcohol function reacts reversibly with certain transition-metal complexes, forming an aldehyde or a ketone moiety and a metal hydride complex – by so-called ‘hydrogen borrowing’ reactivity. We considered that, while the C-H bonds of alcohols are strong and difficult to functionalize, on oxidation to their carbonyl derivatives – that is, to the aldehydes or the ketones – some originally unreactive C-H bonds become activated. For instance, the initially unreactive beta-C-H bonds become acidic and can undergo various catalytic reactions, including facile arylation with aryl halides ArX in the presence of a Pd-catalyst and a base. By exploiting this distinct difference in reactivity for alcohols and aldehydes, we developed a methodology for the direct beta-arylation of alcohols enabled by a dual-catalytic system combining the reversible hydrogen borrowing reactivity of alcohols and the arylation of aldehydes.

To assess the generality of the approach further, we sought the dual-catalytic system for the direct gamma-selective hydroarylation of allylic alcohols that, like direct beta-arylation of alcohols, has not been accomplished with single- or multicatalytic systems. We demonstrated that the combination of reversible Ru- or Fe-catalyzed oxidation for allylic alcohols with Rh-catalyzed arylation of the corresponding transient unsaturated aldehyde would afford the overall gamma-selective hydroarylation.

Combined, the work demonstrates that engaging a metal-catalyzed reversible reaction with a metal-catalyzed functionalization reaction into a coherent dual-catalytic system delivers a new methodology for direct functionalization reaction of a starting material at its otherwise unreactive site. Considering the general principle of microscopic reversibility of any reaction occurring in the presence of catalysts, the strategy just reported should seed the creation of a plethora of methodologies for reactions at conventionally unreactive sites, which are currently unattainable but are desired for both the development and production of fine-chemicals and materials. 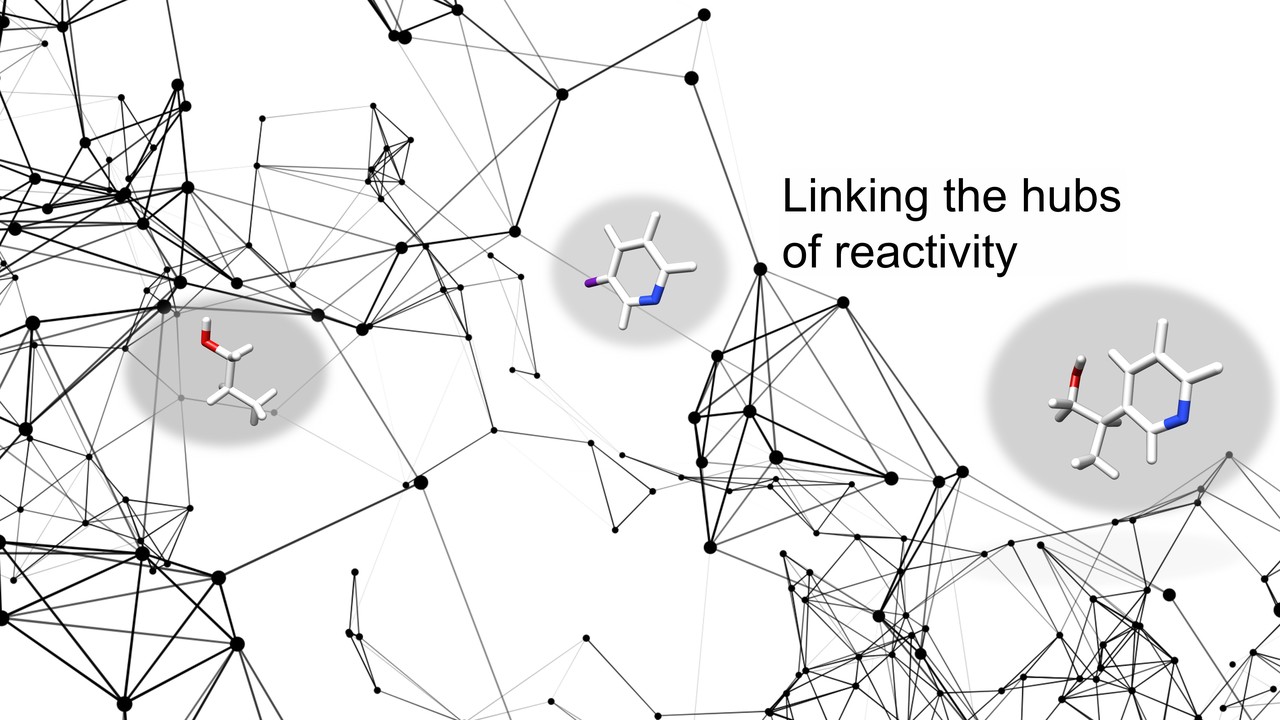