The development of highly active catalysts are crucial for the implementation of new sustainable chemical processes and better environmental protection that will allow us to tread more lightly on the Earth. Before we can make significant strides into the development of these materials we first need to understand how they actually work. I have been trying to answer these questions since starting my PhD in the early 2000s and it is abundantly clear that this is not a trivial exercise! To start with, we need to use the correct tools - for following the structures of supported metal nanoparticles the information afforded by operando X-ray absorption fine structure (XAFS) investigations is often unrivalled.  In this regard, the current partnership between the UK Catalysis Hub and Diamond Light Source has been very successful in both developing these methods and the trained user base able to exploit them.

In this work, we were following the evolving nature of Pd nanoparticles during NH3 oxidation for exhaust after treatment. The recent emission scandal of major car manufacturers highlighted the problem of NOx in diesel exhaust gases. However, the process of chemically reducing NOx with NH3, can also have the unwanted effect of NH3 ‘slip’ into the outlet gas stream. Using supported Pd nanoparticle catalysts, NH3 can be oxidised to N2. However, this is very dependent on reaction conditions and it can also be over-oxidised to N2O and NO, which is rather self-defeating! We were curious about how the Pd nanoparticles changed during these different phases of selectivity and conducted a combined study, simultaneously collecting XAFS and diffuse reflectance infrared Fourier transform spectroscopy (DRIFTS) data during NH3 oxidation. The XAFS contains information about the nanoparticle structures and the DRIFTS tells us about changes in surface adsorbates - seeing as we were looking at N-H and N-O stretches this seemed liked a sensible approach. This combined experiment took place at the Swiss Light Source and involved a lengthy winter’s drive from Harwell to Villigen. The ‘road trip’ across the continent was certainly an adventure; I will always remember being stopped by French police whilst at a motorway toll and asked to explain the purpose of our journey. It was a very friendly discussion and I was most impressed by the scientific literacy of the officials and we were soon let on our way.

Setting up such a complex experiment is never an easier task, but we had planned well and were soon conducting our measurements. The first interesting observation was that during the temperature regime where the process was selective to N2 there were changes in the XAFS that were consistent with Pd lattice expansion; I had seen these changes before in systems where Pd hydride and Pd carbide have been formed. This was an intriguing observation as Pd hydrides are not known to be stable at the temperatures we were looking at (>100°C) and there was certainly no C present to make Pd carbide. We repeated the study in the absence of oxygen and the same species was formed. If hydride was not incorporated into the Pd lattice, we proposed a Pd nitride structure, which to our knowledge has not been previously identified.

We were able to conclusively rule out the presence of Pd hydride by performing a similar study at the Pd L3 edge which was performed at the UK’s beamline at the European Synchrotron Radiation Facility, XMaS. Here, we owe much credit to Paul Thompson and his long-time collaborator Mark Newton in developing the beamline equipment for studying ‘soft’ X-ray absorption edges in situ. For this study the Pd L3 edge data allows to probe distinctive features that can only be ascribed to Pd hydride, which we were soon able to rule out. Moreover, we subsequently generated the PdNx species offline and were able to use X-ray photoelectron spectroscopy to confirm the presence of nitride within the sample.

Ultimately, alongside the discovery of the PdNx structure, we were able to show for this important exhaust after treatment process that:  i) PdNx species are formed during the low temperature regime (100°C ≤ T1 ≤ 200°C), where the main product of NH3 oxidation is N2; (ii) Pd nanoparticles with a bulk metallic structure and a surface oxide (240°C < T2 < 300°C), are associated with increasing amounts of NH3 being oxidised to N2O; and (iii) bulk PdO is formed at high temperature (T3  > 300°C) causing the selectivity towards NO. 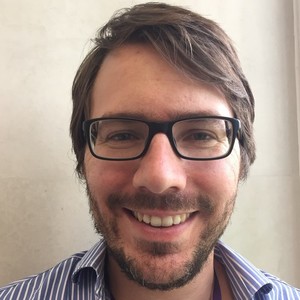