The ability to synthetically supercharge protein surfaces has led to a variety of remarkable properties, including modulating solubility,1, 2 cellular uptake,3 complex coacervation with polymers4 and now the formation of organized architectures.  In this paper we describe how simply mixing two oppositely charged fluorescent proteins, Green Fluorescent Protein-17 and Cerulean+32, leads to the efficient formation of a ‘protomer’ complex in which eight alternating positively and negatively charged proteins form a ring, which in turn stacks on an identical, but out of phase, ring, creating a 16-mer whose architecture is entirely new. The ability to engineer such an organized structure is similar to efforts to engineer the organization of natural supramolecular assemblies, including bacterial microcompartments,5,6,7 and both natural8 and de novo designed9 viral capsids.

The assembly of structured materials across multiple scales remains a challenging problem.  DNA10 and protein11 nanotechnologists have been able to engineer from the atomic to the micron scale, but further increases in the size of engineered structures largely remain to be seen.  One key may be control over the assembly process; natural materials (lignin, bone, the lens of the eye) tend to have largely amorphous compositions where order at the atomic scale is either non-existent or propagates imperfectly into the material.  This may be because the highly ordered assembly of biomaterials is either too difficult for nature, or at least too difficult to evolve, given the timeframes that may be required for ordered structures to be assembled hierarchically.

It is this latter point that makes the possibilities for supercharged, hierarchical assembly especially appealing. The protomer structure was not planned; it arose out of the fact that charge-based interactions can be non-directed and operate over large length scales.  We believe that this allowed individual supercharged monomers to aggregate, but also to quickly sort through potential quarternary structures to identify a low energy one where regular organization prevailed.  In this regard, the symmetries that were achieved can be ascribed to principles similar to those that readily lead to the ready evolutionary formation of homo-oligomeric proteins in biology.12 Non-directed biophysical interactions (charge) are essentially the ‘hunt and peck’ equivalent of non-directed genetic changes, where symmetry ultimately reinforces the best choices.

Now on the horizon is the ability to further organize higher order structures and materials, for example by adding docking domains (bZips,13 crosslinks) to the protomer.  By providing greater direction to the otherwise undirected assembly process, functionalized protomers could realize hierarchical, long-range ordering of biomaterials.  It is also possible that charged protomers themselves could produce long-range, highly-ordered coacervates based on yet-to-be-realized charge and / or packing interactions.  Such assemblies might be further encouraged by placing hydrophobic patches on the exposed surfaces of the protomer, as was recently observed for natural oligomers.14  We have already observed optical properties (FRET) for the fluorescent protein protomer, and now envision that the ability to charge and assemble other proteins with diverse functional properties into higher order structures will eventually allow us to create designed materials that can direct light (similar to light-harvesting complexes) or electrons (similar to photosystems or electron transport chains). 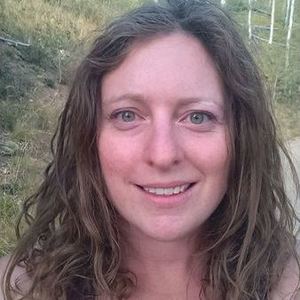