Heterogeneous catalysts have very complicated structures, significantly impeding the atomic-level understanding of the structure-activity relations and the underlying reaction mechanisms. Achieving atomic-level precise control over the structures of catalytic active sites with high uniformity is of essential importance, which would greatly facilitate the above understanding as well as rational design of next generation catalysts with high activity and selectivity.

Atomic layer deposition (ALD) relies on sequential molecular-level self-limiting surface reactions, thus providing a unique gas-phase approach to bottom-up construct catalytic materials on high-surface-area supports with high uniformity at the atomic level. In our research group, we have been combining atomic-level precise ALD synthesis with intensive in-situ/operando structural characterization to establish the structure-activity relations and to develop a new generation of catalyst with high catalytic performance. The dream in my research group is to construct catalysts with atom-by-atom precision, similar to the games that kids play building blocks.

Metal-oxide interfaces play important roles in many catalytic reactions, such as preferential oxidation of CO in H2 (PROX), in which transition metal oxides exhibit remarkable promotions of the activity of platinum group metal catalysts. However, the catalytic performance of these materials is still very limited, far below the demand for on-board hydrogen purification in the application of fuel cell electrical vehicles.

When we started this project, our initial idea is to precisely tune the coverage of FeOx on Pt nanoparticles by changing the number of FeOx ALD cycles, thus to maximize the formation of Pt-FeOx interfacial sites. It was very encouraging that the activities of these materials in the PROX reaction were far super to the ones reported in literature.

To understand the extraordinary activity, one idea came to my mind was that the formed FeOx species on Pt nanoparticles might be atomically dispersed owing to the steric hindrance effect between the chemisorbed iron precursors during FeOx ALD, thus generating abundant interfacial sites as illustrated in Fig. 1. In order to examine the above idea, we employed scanning tunneling microscopy to investigate the growth behavior of FeOx ALD on Pt(111) model surface, and did find the formation of subnanometre FeOx clusters, which greatly encouraged us to further reveal the FeOx structures under the PROX reaction conditions. To achieve this goal, we further designed the experiments from the following aspects: (1) according to our recent work about low-temperature selective ALD (Nat. Commun., 2014, 5, 3264, and Nat. Commun., 2017, 8, 1070), we lowered the FeOx ALD temperature to achieve selective deposition of FeOx on Pt nanoparticles so that we could detect the FeOx structure under reaction conditions using in situ X-ray adsorption spectroscopy without any interference of those FeOx species on the support. (2) We also synthesized a model catalyst by depositing FeOx onto a Pt film model sample to reveal whether the Fe species were oxide or hydroxide under reaction conditions using ambient pressure x-ray photoemission spectroscopy. All the above results suggest that it formed atomically-dispersed Fe1(OH)3 moieties on Pt nanoparticles. Theory further revealed the stable configuration of the Fe1(OH)3 moiety and elucidated that Fe1(OH)3-Pt single-interfacial sites can readily react with CO and facilitate oxygen activation. Finally, given the important roles of metal-oxide interfaces in catalysis, we believe these new findings provide a new avenue to design advanced metal catalysts with high activity. 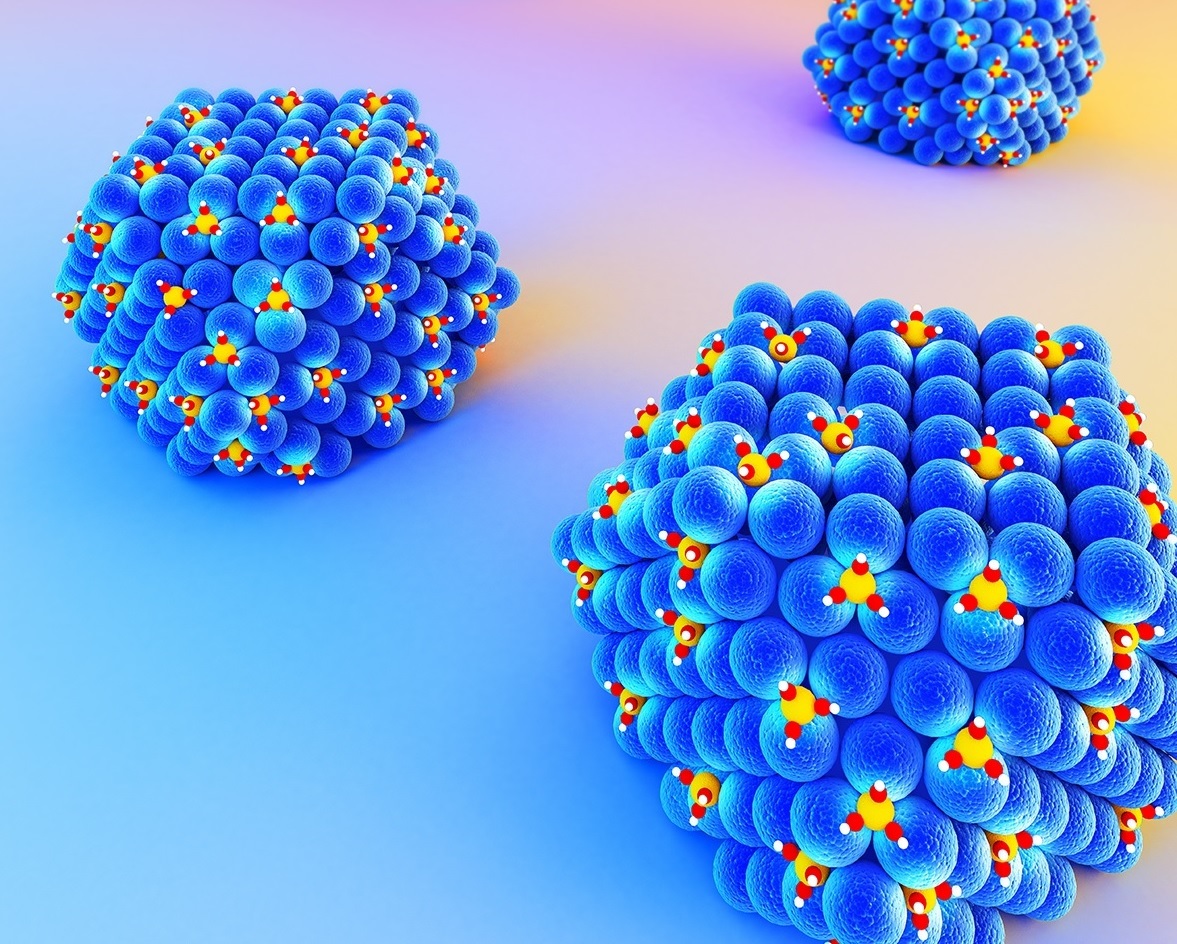