A fascinating journey through the nanoworld, from plasmonic to excitonic sensors

This post is a bridge to our previously written 'Behind the Paper' post. Here we provide more general background information and personal views of our research area.

As scientists and ordinary citizens, it goes without saying that medical issues are at the heart of our concerns. For physical chemists, one of the highest stakes then lies in the design of efficient devices for biological sensing. Even before treating disease, the success of medicine indeed depends on our ability to diagnose them.

So far, the scientific community has significantly built on nanophysics/nanochemistry and has focused many efforts on working out sensors with lower and lower detection thresholds down to the molecular scale. Hence, the aim is to find a way to enhance the physical signature (i.e. an optical signal in most cases) of the molecular recognition between the nanosensor and a molecular target involved in a specific disease. In this scope, two strategies have emerged. The first one relies on plasmonics: the collective oscillation of free electrons (so called ‘localised surface plasmon’) in metallic nanoparticles, nanorods or nanopillars is used for improving the detection of molecular-binding effects [1]. The second one is based on semiconductor quantum dots: their strong fluorescence, coming from the recombination of electron-hole pairs (so called ‘excitons’), allows performing highly sensitive imaging and biosensing [2].

On the horizon of these two flourishing fields, we took up the challenge of merging them. In the first approach, the localised plasmon of metallic nanostructures is electromagnetically coupled to the molecular species of interest, so that it enhances their vibrational signature and facilitates their detection [3]. We then wondered if we could benefit from the excitonic properties of semiconductor nanostructures, whose potency has been proved for fluorescence biosensing through the second approach, instead of the plasmonic properties of metals.

Here we make the first step, from plasmonics to excitonics, thanks to two-colour sum-frequency generation: https://www.nature.com/articles/s42004-018-0079-y. And the result is exciting! We evidenced the existence of a dipolar coupling between the excitonic response of quantum dots and their molecular environment. Obviously, we are only at the beginnings, and we have to deepen this research field. At this stage, the CdTe quantum dots we used do not compete with Au nanoparticles. But contrary to the case of such metallic nanoparticles, there is a wide variety of compounds for the synthesis of semiconductor quantum dots (binary and ternary alloys). There is no doubt that this chemical tunability offers much more possibilities for the design of nanosensors. Besides, it is worth noting that quantum dots exhibit a tremendous photonic efficiency: beyond their ability to emit fluorescence, they are the basis of the most intense single-photon sources [4]. Last but not least, as semiconductors, quantum dots can be doped and thus gather free electrons (or free holes). It is therefore possible to trigger localised surface plasmons within [5]. As a consequence, it is entirely possible to directly combine plasmonics and excitonics within quantum dots, whereas it cannot be the case within metallic nanostructures.

As a matter of fact, everything seems to indicate that semiconductor nanomaterials are the future of chemical and biological sensing. We opened a door in this direction. 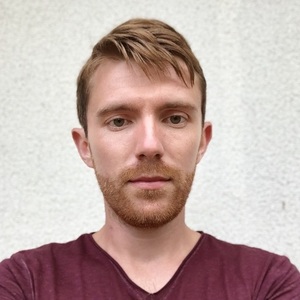