Single-molecule force spectroscopy reveals that maleimide–thiol adducts can be stabilized by stretching through a force-dependent kinetic control mechanism. This unconventional use of mechanochemistry enabled us to produce stable polymer–protein conjugates by simply applying a mechanical force to the maleimide–thiol adducts through mild ultrasonication.

Maleimide-thiol reactions are almost the most widely used method to produce protein-polymer conjugates for therapeutics. The examples  include three FDA-approved antibody-drug conjugates, such as ado-trastuzumab emtansine (Kadcyla) for HER2 breast cancer, Brentuximab vedotin (Adcentris) for relapsed Hodgkin lymphoma, and anaplastic large cell lymphoma, as well as an approved antibody-PEG conjugate (Cimzia). However,  thiosuccinimide linkages are not stable in vivo and can be eliminated through a retro-Michael reaction or thiol-exchange (Figure 1). This  leads to considerable loss and side effects of these drugs and limits their in vivo stability and efficacy. The stability of maleimide-thiol adducts can be significantly improved by hydrolyzing the thiosuccinimide five-membered ring to prevent elimination of the maleimide–thiol bond. However, current available methods (Shen et al. Nature Biotech. 2012, 30, 184; Lyon et al. Nature Biotech. 2014, 32, 1059) to promote this reaction generally required complex molecular synthesis or protein engineering. In this work, we provide a novel mechanochemistry based approach that can significantly improve the stability of maleimide-thiol adducts by applying stretching force to the bond.

Using atomic force microscopy-based single-molecule force spectroscopy, we show that, unexpectedly, applying appropriate tensile force to thiosuccinimide linkage can significantly stabilize the maleimide-thiol adducts, which is opposite to the conventional mechanochemistry of force-accelerated dissociation of loaded bonds. We design a novel pre-stretch experiment to directly quantify the force-dependent reaction kinetics of all possible pathways. We find that the force-promoted hydrolysis of thiosuccinimide is governed by a force-dependent kinetic control mechanism. Beyond a threshold force of ~270 pN, the hydrolysis of the succinimide ring is dominant over the retro-Michael reaction, leading to a product resistant to elimination. This finding is further confirmed by bulk studies using ultrasound based mechanochemistry on model polymers. Discovering this unconventional mechanochemistry allow us to produce stable polymer-protein conjugates by simply applying mechanical force to the maleimide-thiol adducts through mild ultrasonication.

Although previous theoretical and experimental studies have demonstrated many examples in which force is used to alter the reaction pathways, the mechanism for the force-induced hydrolysis of maleimide-thiol adducts is fundamentally different. In this reaction, force does not change the reaction mechanism of both pathways, but it differentially alter their reaction kinetics. Therefore, application of force can selectively populate the pathway that shows stronger force-dependency (the structure of the transition state is less elongated along the force direction). The final products are kinetically controlled, instead of thermodynamically controlled, by the force-dependent kinetics of the two competing reaction pathways. Such a mechanism of force-dependent kinetic control may expand our current understanding of controlling mechanochemistry by force and may inspire the implementation of different mechanophores in the same polymers to achieve complex mechanical response.

Moreover, the discovery of stabilizing maleimide-thiol adducts by stretching force provides a versatile solution to the instability of maleimide-thiol conjugates. As the proof-of-principle experiments demonstrated in this work, the stability of the antibody-PEG conjugates can be significantly improved by a simple ultrasonication treatment. We anticipate this mechanochemistry protocol represent a novel and convenient means for the preparation of stable antibody-drug conjugates and may have applications with a diverse array of bioconjugates.

For more about this story, you can read the article: "Maleimide–thiol adducts stabilized through stretching" in Nature Chemistry (https://www.nature.com/articles/s41557-018-0209-2). 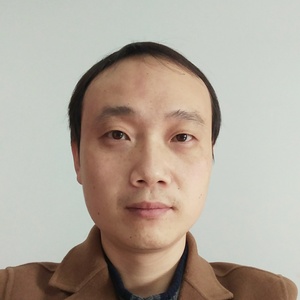