Prebiotic synthesis reveals that DNA nucleosides may form just as readily as RNA in the absence of enzymes, and therefore could have existed alongside RNA before the origin of life.

Chemists have an important role to play in investigating the potential origins of life, since with input from planetary scientists, we are able to determine what biological building blocks may have arisen on the young Earth in the absence of biosynthesis. Importantly, molecules critical to biology, such as RNA, proteins and lipids, have been shown to be products of spontaneous chemistry likely to have taken place without the assistance of enzymes. The prevailing theory in origins of life research is that such a ‘primordial soup’, with various energy inputs, spawned sets of molecules that were able to replicate and self-assemble, eventually leading to a primitive biology. Whilst the canonical RNA pyrimidine nucleosides cytidine and uridine (C and U), are indisputably central to the emergence of life as we know it, other products and intermediates generated by the same chemistry have only a minor or perhaps no role in modern biology, and thus their importance in the early stages is less certain. However, if molecules are implicated as existing alongside central players like RNA, amino acids and lipids, it is certainly worth investigating their role in the transition from primordial soup to primitive organism.

The molecule that captured our interest is 2-thiouridine. Whilst not as well known as its relative uridine, which is one of the four canonical nucleosides that make up the modern genetic alphabet, 2-thiouridine does play a role in modern biology, and its 5'-phosphate is critical for non-enzymatic RNA replication studies in the Szostak lab. We therefore decided to investigate whether 2-thiouridine (formed as an intermediate in our previous prebiotic synthesis of C and U), could be phosphorylated into its corresponding nucleoside phosphate, just like the canonical nucleosides.

We were indeed able to phosphorylate 2-thiouridine at its 5' position – a result that provides synthetic plausibility to Szostak’s non-enzymatic replication chemistry using 2-thiouridine – but only under certain conditions. We found that under typical phosphorylation conditions, 2-thiouridine did not behave at all like C and U, but instead took us down a different chemical pathway, generating a thioanhydronucleoside via a cyclophosphate intermediate. We were excited to investigate the chemistry of thioanhydrouridine, because our results so far provided strong evidence that if the prebiotic soup could provide pyrimidine phosphates, thioanhydrouridine would be generated too. Importantly, the presence of a C–S bond in our new substrate presented an opportunity to reductively cleave this bond, generating 2'-deoxyRNA, that is, DNA.

Some of the critical bond formations to generate the pyrimidines are promoted by a solvated electron, generated by irradiation of a suitable donor with UV light. Since we had shown that thioanhydrouridine is likely forming alongside the pyrimidines, it’s reasonable to assume that it could be exposed to the same kinds of conditions. When we irradiated a mixture of thioanhydrouridine and hydrogen sulphide with UV light, we were incredibly pleased to find that a DNA building block – 2'-deoxythiouridine – was the major product.

At this point we should expand more on the prevailing theories for the origin of life. Much evidence points to RNA being a central at the dawn of life, not only as an information storage system, but also as functional, primitive enzymes. Our previous demonstration that RNA nucleotides could be made abiotically lends weight to this theory. Other biological molecules deemed less important, that haven’t been synthesised abiotically – such as DNA – are often assumed to have arisen later, as products of primitive or even advanced biosynthesis that allowed biology access to molecules not found in the primordial soup, giving extra fitness to the cells or communities of molecules that created them.

Coming back to our results, we had shown that the chemical processes that lead to abiotic RNA synthesis probably lead to DNA, or at least 2'-deoxythiouridine, too. How important might this molecule have been as a constituent of the primordial soup? We found that 2'-deoxythiouridine wasn’t particularly stable, but in water degraded cleanly into deoxyribose. If primitive enzymes were to make DNA, deoxyribose could have been a key ingredient. We also found another very interesting property of 2'-deoxythiouridine. When heated in the dry state in the presence of adenine, we observed the (low-yielding) formation of 2'-deoxyadenosine, a canonical purine DNA nucleoside. Thus, we had shown that a component of the modern DNA alphabet, 2'-deoxyadenosine, potentially existed alongside the RNA nucleosides (at least in small quantities), well before life existed.

It’s important to keep in mind that our synthesis is low-yielding, so with current evidence it’s still unlikely that DNA was a major player in the development of self-replicating systems. However, we have certainly opened the door further to the consideration that DNA existed before life, and therefore may have actually had a role in the emergence of biology, rather than simply being a product of it. We will no doubt be seeing more ideas about DNA in prebiotic scenarios, both from our group and others. Check out the full paper in Nature Chemistry! 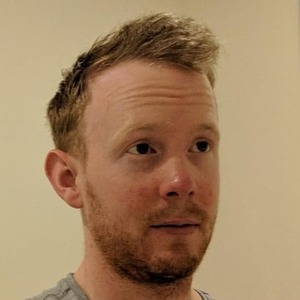