Enolate formation followed by addition of different electrophiles at the α-position of carbonyls is one of the fundamental transformations underpinning organic chemistry. But what if the natural polarity of the reagent you want to use is also typically nucleophilic? One of the interests of the Maulide group lies with electrophilic amide activation, and previous research has focussed on using either rearrangements or, more recently, umpolung strategies to selectively functionalise the α-position of amides. In this approach, we recognised a prime opportunity to develop a mild and selective α-fluorination of amides.

Our journey started out with a bit of trepidation, being unsure of quite how the electronic properties of fluoride as a nucleophile would match with our ‘umpoled’ intermediate. Screening of a wide range of fluoride sources revealed TBAT (tetrabutylammonium triphenyldifluorosilicate) as the winner by some way – which we put down to it being one of the few fluoride sources that is not hygroscopic. In fact it is a beautiful white crystalline solid as you can see in the picture below (this was from a scale-up of the reaction on 10 gram scale).

As you can imagine in a group that focusses on amides – we already had a lot of starting materials ready to try out as substrates and we were pleased to see that the reaction proceeded in generally good yields. Additionally, you will see that we can carry out the reaction on substrates where other carbonyl functionalities are present and the reaction will always go at the position adjacent to the amide. This is, of course, not something you would be able to do with enolate chemistry and an electrophilic fluorinating agent.

Having explored the initial scope, we sat down as a team to discuss where to go with the chemistry next. We were all aware of the power of fluorine and how it is often used by medicinal chemists. Indeed, introducing fluorine is a prime strategy to alter the electronics of drug-candidates without drastically affecting their geometry. And so we started pouring over the fantastic posters by the Njardarson group to identify drugs either containing an amide that we could fluorinate, or which could easily be assembled from a fluorinated amide motif. Clearly, reduction of the latter would give β-fluorinated amines (which had been reported as interesting modified motifs in a medicinal chemistry setting before – mainly as a strategy for increasing bioavailability).

We came up with a few different targets but the one that I will talk a bit more about in this post is Citalopram – a blockbuster anti-depressant. We were immediately excited about the structure: a tertiary amine with a chain that looked ripe for fluorination! After a little bit of optimisation, we had easy access to the amide from commercial starting materials in one simple step. The fluorination worked well and then selective reduction (with care not to touch the aromatic nitrile) gave us our fluorinated-analogue of citalopram. The next chapter of the journey started with taking the tram (note: awesome public transport in Vienna!) one stop down the road to the Medical University of Vienna where Prof Harald Sitte and his team were able to test all four diastereomers of this new compound.

At the same time, we had been spending a bit of time using LigandScout to modify (S)-citalopram in the pocket of Human SERT as defined by the crystal structure. We noticed that one of the isomers of our fluoro-citalopram had a new postulated interaction in the binding pocket (see picture). We then heard back the news that one of the isomers was notably more active than the others. All it took was a crystal structure to verify that the structure predicted by LigandScout matched the most active isomer which we took as a vindication of the power and potential this program holds. Of course, what we would also now love to see is what kind of improvement in bioavailability we see with this fluoro-Citalopram which is something that in vivo testing will tell us.

The next step for our methodology is to apply it in a context that can make use of the short reaction times and nucleophilic fluorinating agent. We hope to see this method turned ‘hot’ in the not too distant future in the context of PET tracers so watch this space!

In the meantime, if you haven’t read the paper yet, check out the full story.

Watching electrons move inside an atom 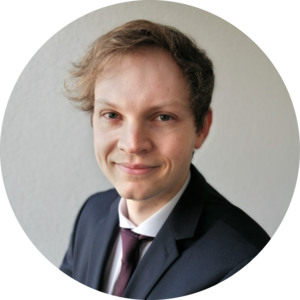