Polyphenolic analogues of the Alzheimer's disease drug rivastigmine inhibit both cholinesterase and amyloid beta fibrillation, and also reveal strategies for the development of polyphenol-based drugs.

Many natural polyphenols, such as (–)-epigallocatechin gallate (EGCG) found in green tea, are potent inhibitors of amyloid beta (Aβ) fibrillation and consequently there is great interest in their development as drugs for Alzheimer’s disease (AD).  However, polyphenols generally have meagre brain availability because of deficiencies such as poor drug-likeness, metabolic instability, and a propensity to oxidise to quinones. To overcome these problems, we developed stable, drug-like polyphenolic analogues of the current AD drug rivastigmine and its metabolite NAP 226-90 (NAP). Importantly, our compounds displayed high apparent blood-brain barrier permeabilities and multifunctional properties that may be beneficial in the treatment of AD. Multifunctionality was introduced through a very subtle change to the existing drug structure, specifically the introduction of one or two hydroxy groups. Our design produced rivastigmine analogues with anti-cholinesterase activity, and metabolite NAP analogues that inhibit Aβ42 fibrillation and thus have the potential to modify the course of AD.  Significantly, the NAP analogues can be released from the rivastigmine analogues by the action of cholinesterases that are present in the areas of the brain most affected by AD. Despite the simplicity of the change in drug structure, the compounds demonstrated efficacy in vivo in a transgenic Caenorhabditis elegans model expressing Aβ42.

Our concept for delivering polyphenolic rivastigmine analogues to the brain could potentially be useful for brain delivery of other polyphenols. In particular, we found that a tertiary amine substituent is amenable to developing water-soluble, membrane-permeable polyphenols, and its incorporation adjacent to a hydroxy group is favourable for intramolecular hydrogen bonding that facilitates membrane permeability. We also found that carbamylation of one hydroxy group protected the polyphenols from degradation and mostly improved their membrane permeability. These two design strategies could be useful for the development of other polyphenol-based drugs.

The possible oxidation of polyphenols to potentially toxic quinones is often overlooked in bioactivity studies but deserves serious attention.  The rivastigmine analogues described in our study are apparently protected from oxidation and therefore offer an opportunity for the brain delivery of an intact polyphenolic pharmacophore, as well as the investigation of its toxicity and of its effect on AD pathology in vivo. We are keen to follow-up on this aspect in model organisms with interested collaborators.  We’ve also filed a provisional patent application to encourage further investment in these compounds, which have the potential to inhibit the progression of AD, among other properties yet to be published.

Our study involved a team of PhD students from the School of Pharmacy at The University of Queensland: Satish Dighe, Stephen Chan, Srinivas Kantham, Jared Miles, Suresh Veliyath, and Yogi Bathula.  They were led by me (Ben Ross), with the assistance of Ross McGeary, Marie-Odile Parat and Zeyad Nassar. We were supported by an excellent team of collaborators including: Xavier Brazzolotto (Institut de Recherche Biomédicale des Armées, France); Gawain McColl (The Florey Institute of Neuroscience and Mental Health, University of Melbourne, Australia); Eugenio de la Mora and Martin Weik (Université Grenoble Alpes, France); and Israel Silman and Joel Sussman (Weizmann Institute of Science, Israel).

To find out more, please read our article in Communications Chemistry:

Taking my research to SFB annual meeting: the pinnacle of Biomaterials Innovation and Excellence 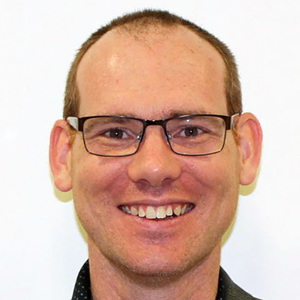 Senior Lecturer, School of Pharmacy, The University of Queensland