Here we report a copper-catalyzed desymmetrization to enable the synthesis of complex carbo- and heterocyclic molecules bearing quaternary stereocenters and spirocycles.

A Meso compound is a molecule containing multiple stereocenters which is superimposable on its mirror image, making it achiral. Removing this symmetry element via a chemical transformation is known as desymmetrization and is a useful method of synthesising complex chiral molecules. It allows complexity to be built up in a diastereoselective manner, before applying an asymmetric transformation to give chiral molecules with multiple stereocenters in a single step.

We were curious to explore the limits of desymmetrization in the asymmetric addition of nucleophiles via allylic alkylation. Previous work in this area consisted of addition to very simple meso compounds with stabilized nucleophiles using Pd-catalysis or unstabilized nucleophiles using Cu-catalysis. We noticed that previous Cu-catalyzed methods required the use of highly reactive organometallic reagents at cryogenic temperatures, which limits the nature of the nucleophile significantly. In addition, desymmetrizations of this kind were only applied to very basic substrates.

Our group is interested in the enantioselective formation of carbon-carbon bonds, particularly using copper catalysts in combination with alkylzirconium reagents which are readily made in situ from alkenes. In order to fully exploit the potential of meso compounds we wanted to investigate using complex electrophiles which containing features such as quaternary centers, spriocycles and heteroatoms, all of which are highly desirable motifs in synthetic chemistry.

Using this strategy we managed to desymmetrize a wide range of complex meso-bisphosphates, accessing chiral molecules with up to 3 contiguous stereocenters, including 7-membered heterocycles which may be of pharmaceutical relevance. The reactions can be done at room temperature and are tolerant of many useful functional groups and heteroatoms which would likely not have been compatible with many other organometallic reagents.

We hope this advance will be useful to synthetic chemists in both a conceptual and practical sense. 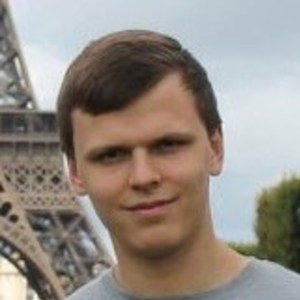