Nearly four years ago, at the International Conference on the High Pressure Science and Technology in Madrid, three friends of mine, Shanti Deemyad, Julia Contreras-García and Miriam Peña-Álvarez decided to take matters into their own hands. All of them were devoted and passionate researchers at a different stage of their career, but they had one thing in common: being utterly annoyed with women’s underrepresentation in science. Soon they created ‘Women under High Pressure’ (WHP), an internet directory of female professionals working in high pressure research, aimed to increase visibility of women in the field and help organizers of events and committees to have a fair gender representation (the community is also on social networks such as Facebook and Twitter). But this list is not the end of the story. Shanti, Julia and Miriam, supported by other enthusiasts who share the same vision, started a series of gatherings intended to reflect on challenges women face in science, exchange experience and provide ideas on enhancing gender diversity, challenge stereotypes and bias, and share thoughts on mentoring issues. Since the kickoff ‘Power Hour’ held at the High Pressure Gordon Conference in 2016, these sessions have been included in numerous conferences around the world. I have strongly endorsed this great initiative from the very beginning and I felt privileged to be invited by Shanti to organize together one of the recent WHP events at the IUCr Commission on High Pressure Workshop in Honolulu.

I should emphasize that the gatherings, always informal and optional, are not exclusively for women. Actually everyone is always welcome, regardless their gender identity. These low profile get-togethers are usually held during lunch breaks, in order not to interfere with the scientific program. Apparently, it is not enough for some people. Once I happened to heard some male colleagues grumbling “Oh no, again this women’s thingy?! They could at least move it to the early morning or late evening… why they must do it in the middle of the day? This time-wasting farce is a joke. Babbling about gender equality… jeez, we do have the same rights after all!”.

When I was unwillingly listening to this cantankerous speech, I felt like I had been taken back to the times of my youth. I was born in Poland, or to be more precise, a state called the People’s Republic of Poland at the time. In many aspects it seemed like a country of paradoxes. Officially women were granted equal rights and considered on the same footing with men, also in academia. In reality, they were effectively prevented from progressing beyond a certain level of professional advancement and reaching decision-making positions. One glimpse at the portraits of rectors or institute directors hanging on the walls was enough to be reassured that they were all men.

My interest in chemistry developed from a young age. Fascinated by the subject, I was devouring popular science books, mostly instructing how to conduct simple experiments, combining learning and play. In some of them the authors spoke directly to the young readers, using always male grammar forms. Apparently girls were not allowed to do experiments at home. One particular book cover sank deep into my memory. It showed a guy dressed in a lab coat, sporting a lecherous smile on his face and ogling the most miraculous product of his recent synthesis: a voluptuous naked woman enclosed in a test tube. Oh dear. Lesson number one, boys: study chemistry and one day you will become an alchemist Pygmalion. Class dismissed.

Despite this, many young women were interested in science, likely to pursue STEM careers. In Poland Marie Skłodowska-Curie has been always venerated as a national heroine and a role model. While often considered the most inspirational female scientist, she is also so far the only Polish Nobel laureate in sciences. No wonder that the pictures of Madame Curie were found in virtually all chemistry classrooms and many young Poles wanted to follow her footsteps. The school chemistry club I attended was well gender-balanced and most of the members of my graduating class at a university were women. Only a part of them decided to stay in science and needless to say, the further they went, the more difficult it got. Eventually, they largely fell by the wayside, pushed into traditional domestic roles and forced to choose between a successful career and a family life (without being given an opportunity to have both), hired in academia rather to teach or carry out administrative works than actually do research, or even deliberately denied promotion. The story of women in science was the tale of a disappearance.

At that point, some may retort saying, “So what? You are telling us old stories that have nothing to do with who we are today”. But do not forget that who we are today is not only the result of the winds of change blowing around us. We all live with our heads filled with so many preconceptions and misconceptions, cemented by centuries of patriarchy. Whether we are aware of it or not, we are all inherently biased. It is not our fault, and nothing to be ashamed of. The point is where we go from here.

I have no illusions that one can immediately eradicate all gender inequality problems, as if by magic. Convincing the unconvinced seems a daunting task. At least let me write an open letter to them.

I am sure that you, a cis straight male, live very safely and worry-free in a patriarchal society where the stronger is always right. You are not concerned about unequal treatment because you cannot feel it, but you will never feel it because you are not a woman. You will never be asked by your boss if you plan to get pregnant. You will never be the subject of sexual jokes at work. You will never feel intimidated as you attempt to achieve promotion or forge a friendship in a male-dominated workplace. Perhaps from your perspective it is not a problem, just because inequalities cannot be noticed while looking only from your perspective. I understand that you have no real interest in closing the gender gap. I still believe that perhaps one day you will change your mind. For the time being, I do not ask you to support our movement, just to tolerate and accept it. Am I asking for too much?

Poster image: group photo of the participants at the famous fifth Solvay Conference in 1927 (source: ETH Zürich Image Archive), which shows only one woman, Marie Skłodowska-Curie, highlighted in color.

A powerful post, Kamil. Thank you so much for sharing your thoughts. Also, please let us know how your Women in Crystallography session goes - we would love to hear more about this event!

Thank you Ruth! I promise to write a separate post about the session. 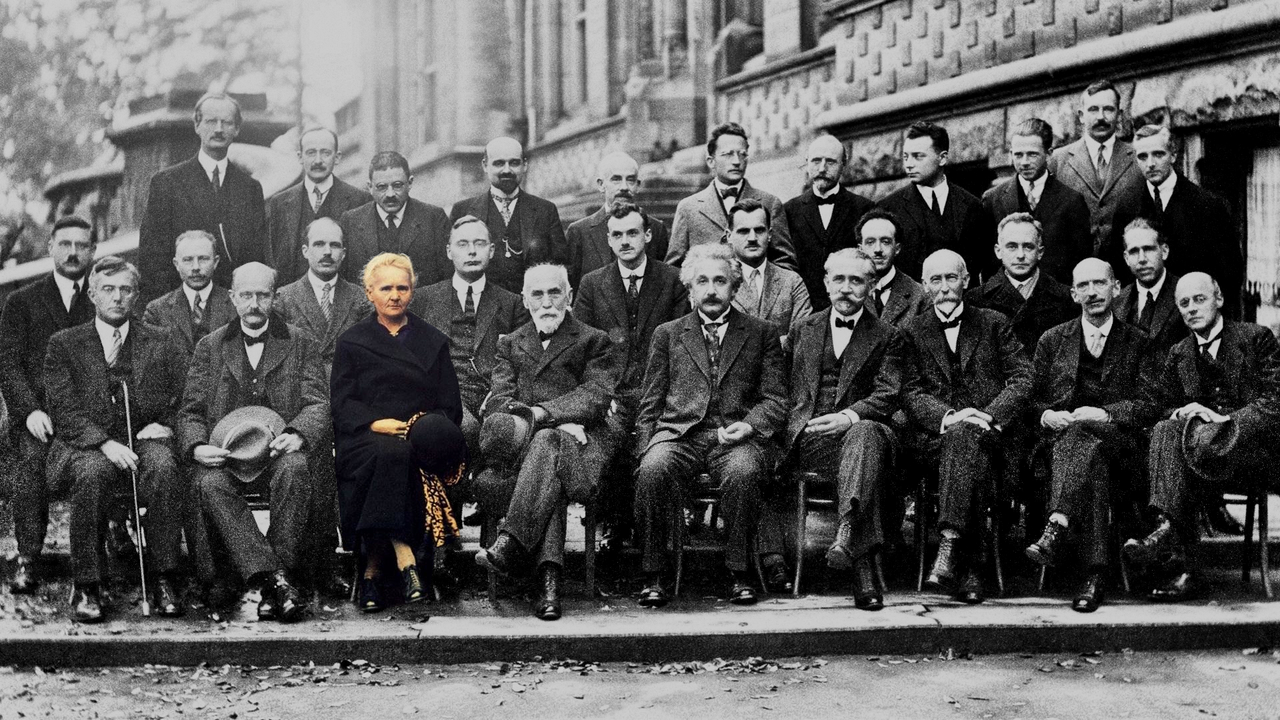