Whilst heavy oil has the potential to contribute greatly to global energy production, there are several challenges associated with its use that must be addressed. Chiefly, bitumen derived oils are incredibly viscous meaning that they must undergo significant thermal treatments to sufficiently reduce viscosity and facilitate transportation to downstream refineries. Thermal cracking is widely employed to break down the long carbon chains of high molecular weight residues, thus, significantly lowering viscosity. However, thermal cracking will lead to the formation of many lighter unsaturated olefins in the synthetic oil which can negatively impact its stability during prolonged storage periods. Olefins are oxidatively and thermally unstable and may therefore gradually form polymeric deposits and carbonaceous gums which compromise the quality of the oil. Additionally, the release of olefins into the atmosphere can have a negative environmental impact, contributing to photochemical smog in susceptible areas. Therefore, pipeline specifications dictate that olefin content be reduced essentially zero before transportation to other refineries further downstream.

High pressure hydrotreatments are conventionally used to saturate the olefinic content of thermally cracked streams whilst also removing nitrogen, sulfur and oxygen impurities. The costs associated with high pressure hydrogen gas treatments are obvious, therefore, the removal of olefin content from naphtha and light distillate fractions which avoids the use of hydrogen is extremely desirable. Direct olefin upgrading has the potential to achieve this by using a well-designed heterogeneous catalyst to directly reform olefins and produce valuable products such as benzene, toluene and xylene aromatics (BTX). Significant progress has been made on this chemistry in recent years, however, an area that has been somewhat overlooked is the effect of sulfur species, widely known to poison acidic and precious metal catalysts, on the reaction. Indeed, if this technology is to succeed then an understanding of the effect of sulfur poisons on popular catalysts such as zeolites is imperative as the target feeds will likely contain substantial sulfur species in the absence of a hydrotreating step.

Our current work in Communications Chemistry seeks to address this issue, by analysing the effect of thiophenic and mercaptan contaminants on the effectiveness of a Ag-Ga/ZSM-5 catalyst that we have previously reported.

We show that although sulfur compounds have the ability to strongly deactivate Ag-Ga/ZSM-5, deactivation is only observable when sulfur compounds are directly present in the reaction medium and that at increased reaction temperatures sulfur deactivation no longer occurs. Using a combination of catalyst characterisation techniques and computational calculations, we report that the sulfur species bind primarily to Ag and Ga Lewis acids and deactivate the catalyst by blocking access to the Brønsted acid sites located within the zeolite micropores.

This hypothesis was further tested by introducing mesoporosity into Ag-Ga/ZSM-5 via a post synthetic alkaline treatment, which boosted the activity of Ag-Ga/ZSM-5 in a sulfur-free medium and importantly, mitigated sulfur poisoning. Our results have the capability to enhance the effective design of sulfur tolerant heterogenous catalysts and help make direct olefin upgrading a commercially viable practice. 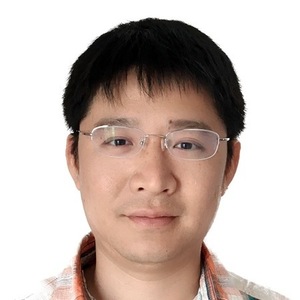