Metabolism before ATP and enzymes

Carbon makes up the backbone of biological molecules, which life ultimately stitches together starting from just five compounds containing two to five carbons each. All five of these molecules are present in the Krebs cycle and its close cousin, the reverse Krebs cycle. These are the only biological pathways that contain all five of these compounds. Why life does things this way, and not a myriad of other imaginable ways, is a complete mystery. One possible explanation is that life arose from a purely chemical precursor to biological metabolism that built its carbon-based molecules in much the same way. Until recently, this idea had little experimental support, but the last five years has witnessed purely chemical, though in most cases only partial, versions of many core metabolic processes, including glycolysis, the Krebs cycle, the reverse Krebs cycle and the AcCoA pathway. The only one of these enzyme-free chemistries that forms C-C bonds is a chemical analog of the AcCoA pathway, which converts CO2 to acetate (two-carbons) and pyruvate (three carbons).

The big question is: how did life build compounds bigger than three carbons before enzymes? Since the 1950’s many chemists have tried to answer this question by proposing chemistry based on HCN, formaldehyde and other compounds. While intriguing, this chemistry is so unrecognizable from life’s biochemistry that it raises an arguably more difficult question: How and why did metabolism completely reinvent itself while still managing to maintain its operation?

An alternative hypothesis that avoids these problems, popular with biochemists, is that enzyme-free versions of core metabolic pathways, like the Krebs and reverse Krebs cycles, might have once formed the chemical foundations for life. One of the appealing features of this idea is that it would explain why life uses the pathways, reactions and molecules that it does: because it started that way! Unfortunately, in the lab, none of the C-C bond forming reactions of the reverse Krebs cycle, all of which depend on ATP, seem to work without enzymes. Neither does the key C-C bond forming reaction in the Krebs cycle.

Recent advances in computational biochemistry suggest that the earliest metabolism may have functioned in only a slightly different way to the way it works in life today, while preserving the big picture. Daniel Segrè and co-workers catalogued all known biological reactions, showing that parts of metabolism may have once operated without phosphate, and therefore before ATP emerged. Our interpretation of their data was that pyruvate (a three-carbon compound on the Krebs cycle) and glyoxylate (a biologically important two-carbon compound, not on the Krebs cycle) would have been major players in such a primitive metabolism. Meanwhile, organic chemists Ram Krishnamurthy, Greg Springsteen and co-workers had shown that the C-C bond-forming “aldol” reaction between pyruvate and glyoxylate could occur in water to form linked bicyclic reaction networks in the presence of hydrogen peroxide.

Inspired by those reports, we searched for simple, naturally occurring catalysts that could promote the reaction between pyruvate and glyoxylate. The breakthrough came when we found that Fe2+ could not only promote the aldol reaction, but a host of others as well. We observed a complex reaction network in which four of the five universal precursors to metabolism could be directly detected, with the presence of the fifth seemingly implied by the reactivity of the network. A large fraction of the detected compounds were biological metabolites. Through extensive control and labelling experiments, we found that many of the reactions in the network were the same as those in the Krebs and glyoxylate cycles. Instead of the logic of the Krebs cycle, 2C + 4C = 6 C, the observed network works by an equivalent logic: 2C + 3C + 2C – 1C = 6C.

As in biological metabolism, when a source of nitrogen and a source of electrons are applied, the ketoacid intermediates are converted to amino acids. When we added hydroxylamine and metallic iron to the experiment, the reaction network produced four biological amino acids: glycine, alanine, aspartic acid, and glutamic acid. Three of those four amino acids are the biosynthetic precursors to ribonucleotides and all four have codons that starts with G, supporting ideas that metabolism and genetics co-emerged.

With so many features in common, we suspect this purely chemical network could have been a precursor to the biological Krebs and glyoxylate cycles. Could it have been the way that a chemical metabolism built its precursors before ATP and enzymes existed? Could integrating it with the chemistry of S, N and P, or other carbon chemistries, lead to the molecules of genetics in a way similar to biochemistry? We can’t wait to find out! 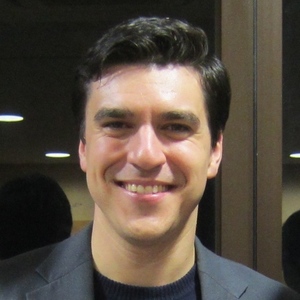 I'm a synthetic organic chemist interested in catalysis in complex systems and the origin of biological metabolism. I also dabble in controlling chemical reactions by influencing their molecular vibrations.
Follow