One flerovium atom at a time


This month, our tour of the elements takes us to a corner of the periodic table that has only been explored recently, and from which only a handful of atoms have been observed. In the case of flerovium, literally one atom at a time. The superheavy element 114 has such a high nuclear charge that several months of nuclear fusion (in which calcium-48 ion beams are directed into targets of plutonium or curium isotopes) are required to produce just one atom — which then decays within seconds. 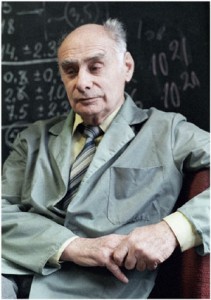 The discovery of element 114 is credited to a collaboration between the Flerov Laboratory of Nuclear Reactions in Dubna, Russia and the Lawrence Livermore National Laboratory in Livermore, California. In fact, things turned out pretty well for the two labs with two elements named at the same time: element 114, flerovium, and element 116, livermorium.

I’ll let you read Peter Schwerdtfeger’s account on what properties we might expect from flerovium, based on its structure, but also taking into account relativistic effects. Could those effects endow element 114 with an electronically closed-shell configuration, as suggested decades ago by Kenneth Pitzer? Is flerovium a gas at room temperature, or is it a metallic liquid? The properties and reactivity of flerovium are investigated both through calculations and experiments. For now, Peter Schwerdtfeger’s conclusion is that we should “expect the unexpected”.