Neon behind the signs


A few different versions of the periodic table do exist — as Michelle Francl wrote about here a while ago in a certain chemistry journal  — but we’re all attached to the one that adorned our science class rooms at school: Mendeleev’s version. We generally think that each position is firmly set, but in this issue’s ‘in your element’ article (subscription required) Felice Grandinetti ponders on whether neon should really be at the top of the noble gases group — this would involve helium moving next to hydrogen, at the top of group 2. 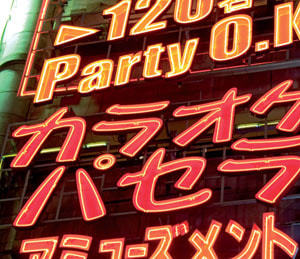 An argument in favour of this change is the fact that neon is less reactive than helium. ‘Less reactive’ is perhaps a bit of a stretch when it comes to the noble gases, let me rephrase this to “neon is more inert than helium”. We know that, moving down the periodic table (that is, when moving from helium to neon, then argon, krypton and finally xenon) an increase in polarizability accompanied with a decrease in ionization potential makes elements more prone to form bonds. This trend is in good agreement with what we know of noble gas reactivity, both from experimental and theoretical studies — I’ll let you go to the article to read about the compounds that have been prepared or predicted — except from the fact that neon is more inert than helium. Should helium move to group 2, the situation would be resolved.

Grandinetti also relates how the discovery of neon represents a good illustration of the synergy between fundamental and applied research, and how element 10 went on to participate in the development of mass spectrometry. What nicely connects today’s widespread uses of neon to its history is its bright red-orange emission. The spectroscopic line that led to the identification of this new element (quite literally, as its name comes from ‘neos’, the Greek word for ‘new’) is the basis for signs that brighten cities at night, barcode scanners, laser eye surgery and blood cell analysis.