Of polemics and progress


As Stuart posted last week, the March issue is now live and it features a ‘web focus’, which is a small collection of articles related by a topical theme and brought together on their own special page on the Nature Chemistry website. The theme of this web focus is protein dynamics and we have two Perspectives (Good vibrations in enzyme-catalysed reactions and Taking Ockham’s razor to enzyme dynamics and catalysis) and an editorial covering the topic. 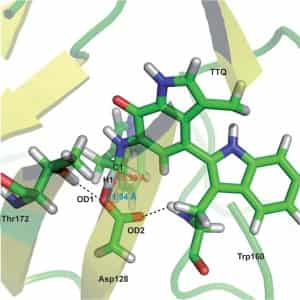 It’s a somewhat contentious topic, in that many disagree on the effects that structural protein dynamics can have on the reactivity of enzymes. One of our Perspectives highlights evidence in support of such promoting effects and the other backs the stance that they are not required to explain enzyme reactivity.

Such disagreements between researchers are a common occurrence in science, and they can have both positive and negative effects on the topic under scrutiny. An abridged version of our editorial, which discusses this in more detail is below. The full text can be accessed here and is available FREE to all registered users. Please do join the discussion using the comments section below.

Disagreements are common in science and can lead to better understanding, but must be handled carefully.

Science is, in essence, the pursuit of ‘truths’, but not all seemingly valid hypotheses are accepted as such. From the laws of planetary motion, to the wave–particle nature of light, and through to the recent suggestion of lifeforms that incorporate arsenic into their DNA1, disagreements born of critical thinking have played a central role in answering important scientific questions.

In this spirit we have two Perspective articles2, 3 in this issue that take differing views on the significance that structural dynamics have on the reactivity of enzymes. It is a debate that has been building over the past decade4, 5 and centres on the possibility that the motions of enzymes could amplify the contribution that quantum mechanical tunnelling makes to their activity.

The fact that the conformational movements of proteins can be integral to their function is broadly accepted. They can be important to ligand binding and release, and in allowing access to a given active site through large-scale loop–lid movements. The debate arises when discussing the reaction step that the enzyme catalyses, the all-important transition from reactant to product. At this point, how important are the fast structural fluctuations of the protein, motions such as vibrations? Can they significantly promote a reaction or can enzyme reactivity be accounted for with a model based on transition-state theory, which does not consider such individual atomic motions?

A Perspective article from Sam Hay and Nigel Scrutton highlights2 the evidence in favour of such promoting motions and an alternative view comes from David Glowacki, Jeremy Harvey and Adrian Mulholland, who take ‘Ockham’s razor‘ to the problem3.

These Perspectives2, 3 and recent contrary results6, 7 suggest that this debate is not likely to subside in the near future. The one thing that is agreed on, however, is that more direct experimental evidence is required if a significant role for enzyme dynamics is to be wholly accepted.

Protein dynamics is far from the only topic in science in which there are fundamentally different views taken by those actively studying it. And although such differences in opinion can be stimulating and drive advances in the field, they can also have the opposite effect, creating issues that impede progress.

The publication of articles in divided research fields can be very problematic for all involved: authors, referees and certainly editors. The benefits, and indeed the purpose, of peer review can be undermined by authors who create long lists of excluded reviewers and by referees who are either hypercritical or overly positive. Editors can find themselves in a situation where their initial choice of referees could dictate the fate of an article because of the chosen referees’ ‘allegiances’.

Although editors normally honour requests to exclude potential referees, in some cases, to ensure that a paper is competently refereed, this is not possible. To help editors in making such decisions, authors should provide details explaining why they have asked for a potential referee to be excluded; simply stating that there is a ‘conflict of interest’ is not enough in controversial fields.

Even when fundamentally disagreeing, referees should try to judge the technical aspects of research articles on controversial topics, and should thoroughly explain their subjective opinions on a paper’s possible significance. Such topics inevitably generate alternative interpretations of the same data, and without enough evidence to conclusively prove one over another, referees should not recommend the rejection of technically sound, well-analysed data simply because the author’s interpretation is incongruous with their own.

All practitioners of the scientific method know that disagreements can occur, but human foibles must not be allowed to hamper the communication of competently acquired results. Although progress in the study of enzyme dynamics has not been smooth, it is a relatively new field and further research is certainly needed if a consensus of opinion is to be reached. For now, we shall leave it to the reader to make their own mind up.

I've been an editor at Nature Chemistry since April 2008 having worked at the Royal Society of Chemistry (at the Journal of Materials Chemistry and Soft Matter). I had a full head of dark hair when I joined. I graduated from the University of Leeds with an MChem in 2002, and stayed there to do a PhD in nonlinear chemical dynamics. My research focused on pattern formation and travelling waves in autocatalytic chemical systems. At Nature Chemistry I handle what would traditionally be called physical chemistry e.g. spectroscopy, theory, catalysis, reaction dynamics, photochemistry....
Follow