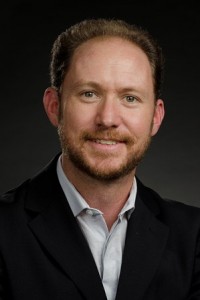 Mike Rose is in the Department of Chemistry at The University of Texas at Austin, and works on synthetic modeling of metalloenzymes (specifically mono-iron hydrogenase), and electron transfer in solar fuels devices for hydrogen generation.

I’ve always loved building things — my room growing up was a smorgasboard of Legos, Construx and electronics components. Actually I started college as a Civil Engineering major because I wanted to design and build bridges, buildings and freeways (I grew up in LA). I then realized that engineers spent most of their time doing math, which was a lot less alluring. Once I learned about building molecules around these fascinating elements called transition metals (oxidation states, unpaired spins, and spin-orbit coupling — oh my!), I was hooked.

I would probably split my time between being a welder, and a high school English & Chemistry teacher so that I could coach high school soccer. I love guiding and helping students (or players) maximize their potential — watching them achieve more than they think they can.

Right now we’re working on these mononuclear iron complexes that activate H2 and perform hydride transfer, just like the enzyme mono-iron hydrogenase. I hope it will lead to the recognition that first row transition metals can actually do all the stuff precious metals can do — they just need a bit more design, attention and cajoling to do it.

Probably William Wallace (Braveheart), so that I can stop watching all these “Story of Scotland” documentaries that my wife complains about. I’d like to know what motivated him to take on and surmount all odds in pursuit of independence — or kingship, I suppose.

5. When was the last time you did an experiment in the lab – and what was it?

That’s an easy one. Last summer after I submitted my NSF proposal I had two weeks without travel and deadlines, so I prepared what I believed to be (NEt4)2[(MoS4)2Co] to use as a single source precursor for cobalt-doped MoS2 electrodeposition. I couldn’t get it to crystallize, though, so I just threw it in the back of the freezer. A few months ago during lab clean-up, I discovered huge crystals! Of course, they melted on the way to the diffractometer. Labwork teaches us to try and try again relentlessly. I’m going to set up another reaction this summer, and hope for crystals by spring!

That’s a fun question. Bookwise, I would probably take Thomas Pynchon’s Against the Day, because I’ve been trying to finish it for the last five years. I could probably read it ten times and still discover new words and sub-plots.

Regarding an album, that’s a tough one — I think I’d have to go with Ritual de lo Habitual by Jane’s Addiction — one of most complete albums of all time. It has to be the ‘clean’ white album cover with the First Amendment from the US Constitution (freedom of speech) — as a reminder that censorship is always lurking right around the corner. Freedom of expression is what keeps free societies vibrant and, ultimately, functional. The back cover text seems, uh, timely as well.

Harry Gray, because I want to know his answers to Questions #5 and #6.