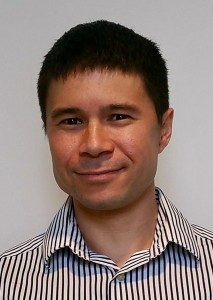 David Schilter studied in Australia, the United States and South Korea before making the move to London, where he now serves as Associate Editor for Nature Reviews Chemistry.

I found high school science experiments to be kind of fun. Getting decent grades in chemistry didn’t hurt my enthusiasm either; fast forward to undergraduate lab, and I’ve got this black ooze in my flask. I complained to my teaching assistant—a certain Mr. (now Prof.) Nilay Hazari— “I don’t know if this slime is the right stuff, I just wish my eyes could see the structure of this compound”. His response: “If that’s the way you think then chemistry isn’t for you.” Far from being discouraged, I now try to visualize—using equal parts experience and imagination—what’s going on in any material I set my eyes on. So I ended up being a chemist after all. And what of the black ooze? Well, that mysteriously transformed into shiny crystals of the product, of course.

I fancy some cooking, although my enthusiasm for that probably exceeds my skill (perhaps to the disappointment of any dinner guests). But isn’t a chef just a chemist anyway? Or perhaps it’s the other way around. In any case my real answer is that I’d be a yoga instructor (I wouldn’t go so far as to use the word ‘guru’). I do enjoy teaching and leading an active lifestyle, for which yoga is perfect. Ommmmmm….but I’d still want to be a chemist on the side.

I just joined the editorial team at Nature Reviews Chemistry, a journal that doesn’t exist yet! Having said that, Nat. Rev. Chem. will open with a bang in 2017, showcasing high-visibility articles on all sorts of interesting chemistry. My hope is that this will be the go-to forum for experts and non-specialists alike to learn from our fantastic and diverse authors.

That would have to be Alexandre Yersin. Raised in Europe and trained by Louis Pasteur, Yersin was a prolific microbiologist, physician and all-round polymath who traversed much of Europe and Asia as a doctor aboard a ship. Along the way he treated the poor, mapped unchartered jungles of Indochina, and just happened to discover the bacterium responsible for the bubonic plague: the eponymous Yersinia pestis. All this before settling in Vietnam, where he spread his scientific acumen while manufacturing quinine (as well as a certain ‘reinvigorating’ cocaine-containing soft drink that went unpatented…). Yersin’s ‘biography’ Plague and Cholera, penned by Patrick Deville, is a must-read.

More than worthy of an honorable mention is Charles Pedersen, also a man of the world, and one that I—as a Eurasian and a synthetic chemist—have long wished to emulate.

A month ago I prepared a nickel complex I had designed as an electrocatalyst.

The book is a no-brainer: On Writing by Stephen King is both hilarious and educational. I might still be an awful writer, but I’d be an even more awful writer had a friend of mine not gifted me this gem a few years back. As for music, Disintegration by The Cure is pretty damn near perfect. It is a little dark though, so I might cheat and also take Riot on an Empty Street by Kings of Convenience.

Emeritus Professor Leonard Lindoy is a great friend of mine and a font of arcane knowledge. I could retell here many of his stories, but you’d do much better by going straight to the source.