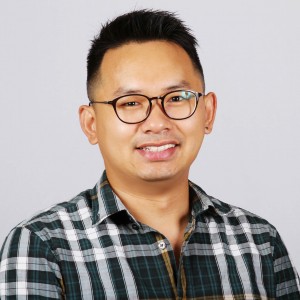 Xin Su studied chemistry in China and the United States and started his career in scholarly publishing with John Wiley & Sons in New Jersey. He just flew across the pond to London to join Nature Chemistry as a Senior Editor, and will ultimately be based out of the Springer Nature Shanghai office.

Certainly a biography book of Michael Faraday I read when I was a kid. In retrospect, it is far from being a fine piece on this great scientist, but it did successfully interest me, sparking curiosity and inspiration in me to go and explore chemistry. Throughout my school years, I also had very good chemistry teachers, which reinforced my pursuit.

I would choose to become a historian, naturally and ideally studying the history of chemistry. I always had an interest in history, as I still do. I minored in history when I was in college, and was attracted to grammatology and classical Chinese literature. I was seriously thinking of apply for a postdoctoral fellowship from the Chemical Heritage Foundation when I was about to finish my PhD. So if I ever get an opportunity to take two half-time jobs, the combination will be publishing and history.

Now that I have just switched to Nature Chemistry, I look forward to serving truly innovative and broadly influential research results to the readers. In the meanwhile, I’m interested in promoting communications and exchanges among chemists and between scientists and the public (with deep-rooted fear for the demonized chemistry).

Nikola Tesla. He was such a prolific genius, but a lot of work he did in his later year remains largely unknown. I’d be very eager to learn more from him.

It was after I left research and started in publishing and it wasn’t chemistry at all. I replaced a cracked screen on an iPad in the lab. It would have been quite awkward to maneuver elsewhere, and you could hardly imagine how easy it is with a lab jack, a heat gun and clamps unless you try yourself (DO WEAR GOGGLES).

Shishuo Xinyu (Chinese: ????), or literally, A New Account of the Tales of the World, and to complement it, Guangling San (Chinese: ???), a qin (ancient Chinese zither) melody long enough to be considered as an album. They make the best companion for solitude, I think. Citing the comment by Graham Sanders, a sinologist at University of Toronto, “few works can match the importance of the book…. for its portrayal of cultural attitudes and social practices among elites in China from the second to fourth centuries”, simply a fascinating age.

Professor Gordon Gribble at Dartmouth College. He is a highly achieved scholar, as well as an avid winemaker, but  more importantly, he cares about the public image of chemistry and defends against the so-called “chemophobia”.