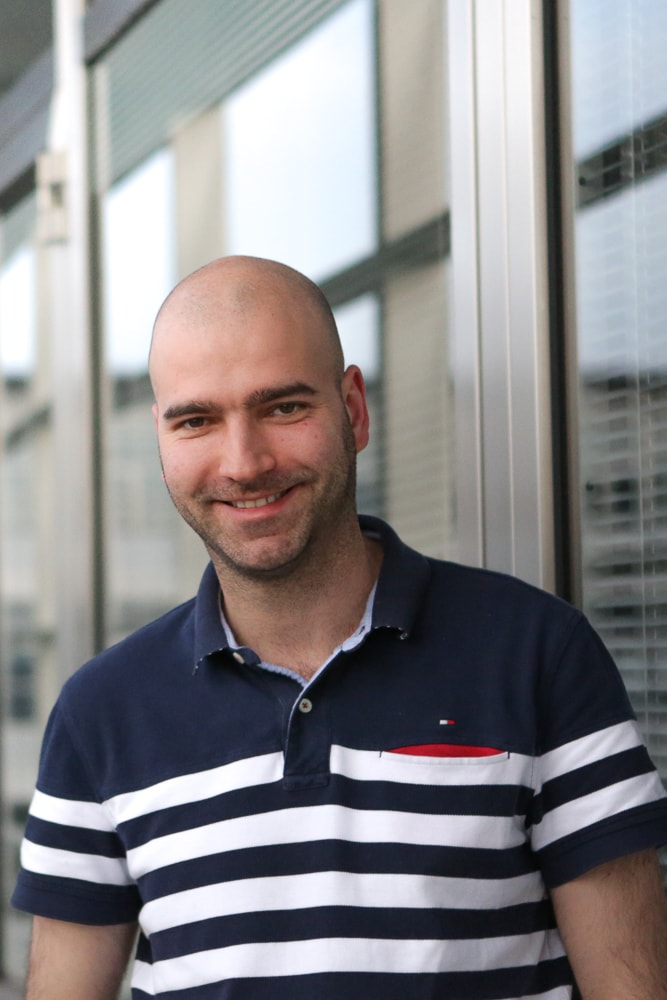 David Sarlah is in the Department of Chemistry at the University of Illinois and works in the area of synthetic organic chemistry. David recently published “Dearomative dihydroxylation with arenophiles” in Nature Chemistry.

My parents, indirectly. We had a small family-owned company that manufactured fruit syrups, and we had a small lab for quality-assurance. As a kid, I often spent time in this lab and eventually convinced my parents that they should get me an arsenal of chemicals and glassware to do organic synthesis. By the end of high school I had done most of the common reactions, including Grignard addition, LAH reduction, ozonolysis, and luminol synthesis. At that point, my mind was set to become an organic chemist.

I would be a food scientist or engineer, because that profession runs in my family.

We are involved in both the chemistry and biology of natural products and methodology development. We work on how to streamline the synthesis of high-value chemicals by defining new chemical disconnections, as well as how to provide rapid and controlled access to natural products of broader significance.

Robinson and Woodward at the same time, with me being there to moderate the conversation and observe their interactions. They both contributed significantly to the field of organic chemistry, yet they had very different views, principles, and personalities. Importantly, they are both from an era that was long before my time — it would be great to get a glimpse into it.

I synthesized MTAD1 a few months ago. I was helping to make more of this reagent so my graduate students could use it in their work. At some point, I had reactions running for days and weeks because I didn’t have time to work them up. Ahhh, I wish I could spend more time in lab, but my time is getting more and more limited these days.

Led Zeppelin’s Mothership. It helped me through grad school, so I guess it could help me keep my sanity on a desert island as well.

I can’t answer that — I know way too many candidates that should be featured and can’t really pick only one or two!