A day of isotopes 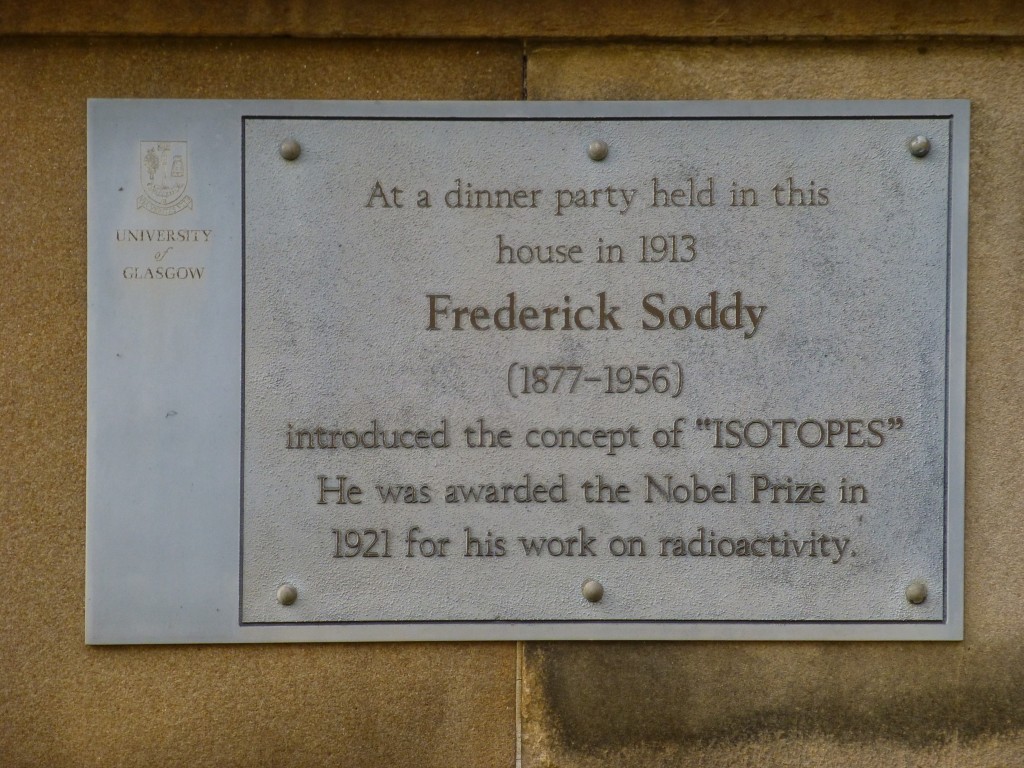 This wasn’t just a dinner party, this was a defining-moment-in-science dinner party. (Apologies to M&S)


Today we published a Thesis article in our December issue (subscription required) that commemorates a century of isotopes — following the first use of the term by Frederick Soddy in the pages of Nature in December 1913. Written by Brett F. Thornton and Shawn C. Burdette, the article describes early work by Daniel Strömholm and Theodor Svedberg on radium, that was largely ignored at the time it was published. The story then turns to Soddy:

The evidence of chemically inseparable elements became more undeniable in May 1913 when J. J. Thomson reported that neon seemed to be made of two gases with masses 20 and 22. Nature then published Frederick Soddy’s proposal on 4 December 1913, which hypothesized that isotopes were “chemically identical elements of the same nuclear charge”. The name isotope, from Greek words meaning ‘same place’, had been suggested to Soddy at a dinner party. Soddy’s Nobel Prize speech nine years later summarized the events surrounding the realization of isotopy, and included an apologetic acknowledgement of Strömholm’s and Svedberg’s research. Much of the early work leading to the rationalization of isotopes was based on classical chemistry techniques rather than physics-based methods, and isotopes were put on a solid footing just before Moseley’s X-ray studies firmly established that each element has a unique atomic number.

Later today, I noticed Chemistry World joining the isotope party, publishing a story by Mark Peplow on ‘A century of isotopes‘. Go and read it to learn about isotope day, what we can learn from isotopes in ancient samples of rock and ice, and the development of deuterated drugs (amongst other things) — I highly recommend it.

Finally a plug for two isotope-related pieces of content we’ve published in the past that were written by Dan O’Leary. He penned the In Your Element essay on deuterium and also wrote a companion piece on the blog that went into more detail about Urey and his involvement with deuterium, as well as the infamous Rosenberg spy case (both of these pieces are free to read).