Editor’s note: Anthea Blackburn is a graduate student based in the US who is attending the 63rd Lindau Meeting of Nobel Laureates (this year dedicated to chemistry) in Germany. Anthea is writing daily blog posts from the meeting for the Sceptical Chymist.

Well readers, talk about starting things off with a bang! 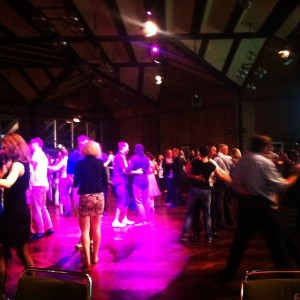 The talks began with Brian Kolbilka, 2012 Nobel Laureate in Chemistry, who began by telling us how nervous he was being the ‘new kid on the block’ (it’s reassuring to know that we aren’t the only ones who get stage nerves!). Kolbilka shared with us his research on G-protein-coupled receptors, and the structural insights he was able to gain into the binding events and activation of this membrane protein using a variety of structural and photophysical analyses. In particular he highlighted that it is not the binding pocket that is important in differentiating the action of this protein from others, but rather its surface and the allosteric pocket that is present — something we need to focus on when developing new pharmaceuticals.

Next up was Gerhard Ertl, 2007 Nobel Laureate in Chemistry, who discussed his work on heterogeneous, solid-surface catalysis. He focused specifically on CO oxidation using Pt surfaces, followed by Ru surfaces, or as they discovered, the RuO2 surfaces that were necessary for reactions to occur. I particularly admired Ertl for acknowledging the work of other Laureates present at the meeting whose work had enabled his own successes, which is not something I hear a lot in research presentations. Heterogeneous catalysis was followed by some homogeneous catalysis, specifically the work of Akira Suzuki, 2010 Nobel Laureate in Chemistry, and the development of carbon–carbon coupling reactions. As most synthetic chemists will know, these remarkable reactions form (most often) unsymmetric C–C bonds in the presence of an organoboron molecule, an organohalide, a Pd catalyst and base in, more often than not, high yields. These are reactions I carry out on a daily basis, so it was interesting to hear about the detailed reasons why this specific reaction works. Suzuki also appealed to the audience that he “would be very happy if we used this approach in the synthesis of our target molecules” — mission accomplished!

The second half of our morning session began with two talks from David Wineland and Serge Haroche, 2012 Nobel Laureates in Physics. While the work on quantum mechanics that they talked about was a little outside my realm of knowledge, I was able to follow most of what they discussed relating to Schrodinger’s famous thought experiment about (a potentially rather unfortunate cat). They both focused on the work they had individually contributed to the development of atomic clocks, and the use these systems may have in quantum computers. A point both scientists made, which as a synthetic chemist I will never understand, is how much “lasers have invaded our researchers’ everyday lives” — perhaps the same way I feel about NMR spectrometers?

These talks were followed by John Walker, 1997 Nobel Laureate in Chemistry, who focused on his studies and elucidation of the mechanism of ATP synthase. This is something I am familiar with from my undergraduate studies, and it was interesting to hear just how much work was involved in resolving the action and solid-state structure of this protein, which you can’t quite comprehend from textbooks. I was particularly surprised to hear that the work they have been doing lately shows that many multicellular organisms, whether mammalian, crustaceous or otherwise, all seem to have the same ratio of 2.7 protons required by the cell to generate one ATP molecule. Furthermore, the average human will generate 60 kg of ATP per day! This work was followed by that of Harmut Michel, 1988 Nobel Laureate in Chemistry, who not only characterized the membrane protein cytochrome c, but also pioneered the process of protein crystallization. The methods he described and the time and effort required to crystallise a protein, made me feel a little guilty for sometimes complaining how ‘hard’ small molecule crystallography is! Using this technique however, they were able to elucidate the electron transfer processes that originate from cytochrome c to enable the formation of H2O in cells.

The last research talk of the day was by Robert Curl, Jr., 1996 Nobel Laureate in Chemistry. Fullerenes are something I am reasonably familiar with from the work carried out in my research group, and it was amazing to hear first-hand how the discovery of this new carbon allotrope came about, how collaboration and hard work really can pay off, and ultimately how serendipitous chemistry can be. The advice we, as an audience of young researchers, probably found most useful however, was that when a photo is taken of a team of researchers at the end of a successful research project, make sure you stand in the middle of the group, so that when the Nobel Prize is awarded you don’t get cut out of the picture shown at the ceremony! This advice was followed by some from another of the fullerene team, Harry Kroto, who held a workshop on presentation skills. Many of you will have seen various talks by this dynamite presenter, and it was interesting to hear about both the thoughts that go through his mind when preparing a presentation, but also how various students around the world have used and benefited from this advice as a result of the Global Educational Outreach for Science, Engineering and Technology (GEOSET) program he is deeply involved in. Most importantly though, for those who would like to learn from the master — “make friends with the audience, especially those with rotten tomatoes.”

The day was concluded with an International Get-Together, hosted by the Republic of Korea. We were advised by government officials and academics about the need our world has for green chemistry, were entertained with some Korean songs, and dined on Korean-style food. The evening concluded with a Bavarian tradition, involving the presentation of flowers from the men at the meeting to the women, followed by dancing (at which some were MUCH better than others!). I also mentioned yesterday that the researchers present seemed to be scared of the Laureates. Overnight this fear seems to have disappeared. I watched Laureate after Laureate approached by students asking for photos and autographs — they truly are celebrities, and to their credit, they took it all in their stride.

Till tomorrow readers, a day of talks on synthetic chemistry (much more related to my current research) awaits.