One step to quantify the surface barriers in nanoporous crystalline materials!

Here we provide a handy expression to directly quantify the surface barriers in nanoporous crystalline materials from uptake rate measurements.

The center of the work in our group is actually not about nanoporous materials but on the catalytic process development, especially the methanol to olefins (MTO) process based on SAPO-34 zeolite catalyst. In MTO reaction over SAPO-34 zeolites, it is very interesting to note that coke deposition could prompt the selectivity to ethylene and propylene. It is argued that the so-called hydrocarbon pool, together with the constraints of diffusion of large molecules, is underlying this interesting yet industrially important phenomenon. As a group of chemical engineers, we naturally tried to learn and understand it via an in-house reaction-diffusion model, in which a meso-scale MTO reaction kinetics was developed following the dual-cycle mechanism (AIChE J., 2019, 65: 662-674).

When we first performed the uptake rate measurement, which is the most common-used technique for measuring the diffusivity of guest molecules in nanoporous crystalline materials, we found it is hard to analyze the data! In literature it has been suggested that, one might obtain the diffusivity through fitting the slope of the fractional uptake when it is plotted against the square root of uptake time. Following this approach, however, the diffusivity derived can vary by two to three orders of magnitude. However, the retardation of uptake at initial stage, as shown in Figure, which has actually been noticed in many other researches, draws our attention. Scientists already found that, before the guest molecules diffuse into the interior of nanoporous materials, they need to overcome the barriers of mass transfer cross the surface if there are any surface defects. We realized, and, after studying some of the previous publications, ensured that the retardation of uptake at initial stage is directly related to the surface barriers. Inspired by this, we raised a question: can we quantify the surface barriers by use of the common-used measurement techniques based on the retardation of uptake at initial stage ? Motivated by this, we started to derive a mathematic expression to quantify the surface barriers with clear physical picture. Surprised but reasonably, we found that the retardation of uptake at initial stage can be approximated by a quadratic function with the quadratic coefficient only relying on the surface permeability, which indeed reflects the mass transfer rate due to the surface barriers.

Our proposed approach can provide an easy way to quantify surface barriers and intracrystalline diffusion in nanoporous crystalline materials. By use of this approach the originality of surface barriers can be clearly distinguished. This is not only important for MTO process, but also beneficial for design, synthesis, and application of nanoporous crystalline materials in heterogeneous catalysis, gas separation, electrochemistry, and among others.

We thank all colleagues and Ph.D. students who contributed to this article for their hard work, and National Natural Science Foundation of China for the support (Grant No.91834302).

This post was co-authored by Mingbin Gao and Hua Li. 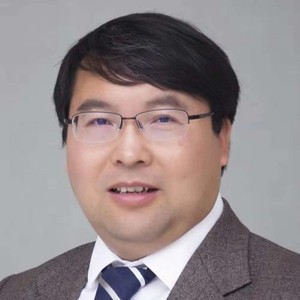