Behind this paper there is a very long story, made of luck, changes, failures, great people and great instruments. It has all begun at a Gordon Research conference on Colloidal, Macromolecular and Polyelectrolyte Solutions in California in February 2014, more than five years ago! In these five years, many things have happened.

Back in 2014: Me, and the first author of the manuscript, Dr. Samantha Micciulla, were in the middle of our PhD studies at the Technische Universität Berlin; I was working on spontaneously formed structures made by a technical surfactant and chitosan – a cationic polysaccharide derived from the shell of shrimps and other crustaceans – while Samantha was working on polyelectrolyte multilayers. Everybody working with surfaces knows well how tedious the functionalization of surfaces can be, in particular if nanostructured multilayer systems have to be prepared. In contrast, I had kilograms of material available, and the best part of spontaneous self-assembly, is that the only thing the chemist has to do is to mix the solutions of polymer and surfactant. The two components will marry into beautifully complex structures. These results were published in two of my first papers[1-2] and are exploited for the selective delivery and recovery purposes[3].

At the Gordon conference, Mexican beer in my hand, I was presenting a poster and discussing multilayered vesicles formed by chitosan and one of the fatty acid derivative. I described the structure of these aggregates as a “kind of layer-by-layer assemblies, but in solution". In this exact moment, my mind went to Samantha’s work , and all the tedious care she needed to assemble, one after the other, her layers of polymers, while in my case the components did everything by themselves. In this way the idea of exploiting the spontaneous assembly of chitosan and the surfactant in multilayered nanosctructures to create functional coatings was born.

Back in Berlin with my load of enthusiasms, my willingness of preparing the chitosan-based multilayer coatings had to face my only vague idea of how to handle them. I did not even know how to clean a substrate (and I don't really know much today). I joined the efforts with Samantha, and we started to try to deposit the vesicles onto a silicon wafer. A series of failures followed when we tried various protocols for dip-coating, so we moved to spin-coating. And indeed, a beautiful, homogeneous, bluish film was formed upon spin-coating the multilayered vesicle solution onto a bare silicon substrate.

After getting our doctoral degree, both Samantha and me moved on towards the Institut Laue-Langevin, in the middle of the French Alps. We were still working on very different projects, but we keep working, in our free time, on this fascinating multilayer system. We started characterizing the coatings, while we realize that they were very sensitive to humidity. Finally, neutron reflectometry provided the proof that the coating had a regular, stratified structure. The clear Bragg peak in our first sample was for us the proof that we succeeded in transferring the multilayers onto a the substrate retaining its internal structure. The feature-rich reflectivity data required further 2 years for analysis to get reliable and credible model which represents our system. But after this crucial step of data analysis and interpretation, with an exhaustive support of complementary techniques, the paper could be submitted and, with our great happiness, was rather rapidly accepted. The manuscript can be found here.

The whole scientific story is summarized in the video below: the polysaccharide chitosan and oppositely charged modified fatty acids spontaneously form multilayer vesicles in aqueous solution, which were characterized by small-angle neutron scattering. We exploited this self-assembly behavior to create a polysaccharide/fatty acid multilayer coating in a single step procedure. 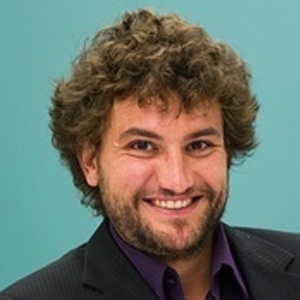