Discovery of a new innovative phosphor material for LED applications

Much research has been devoted to the discovery of new innovative phosphor materials for LED applications. Depending on the exact application (high power, low power, general lighting, sensor technology, automotive, etc.) the requirements for the phosphors vary quite significantly. With regard to general lighting, the development of a narrow band red phosphor, which has a good overlap with the human eye sensitivity, would have by far the most significant impact on the devices’ overall efficacy.

As europium(II)-doped nitrides are a promising substance class for red phosphors with small half width, the most common approach is to combine these small half widths with a favourable spectral position by manipulating the Eu(II) coordination sphere. The original idea, which led to the synthesis of SALON, was to achieve a spectral shift relative the already existing nitride based narrow band red phosphors introducing oxygen into the structure. However, one would expect the emission to broaden upon oxygen for nitrogen substitution due to the many local environments of the Eu(II) activator-ion. The astonishing thing about SALON is that it does not show this expected broadening effect. The reason for this is the ordering of the oxygen- and nitrogen-atoms, which does lead to only one well defined coordination sphere for the Eu(II) activator ion.

Of course, this was still unclear to us when we started the synthetic work in this direction. When we obtained SALON for the first time, there were only a few very small particles of it within a highly inhomogeneous sample. We therefore faced a difficult synthesis optimization as we did not know the compounds exact composition and had no other means to identify it, other than its luminescence. Unbeknownst to us, we also faced an additional difficulty as SALON already starts to decompose at temperatures necessary for its formation. The breakthrough on this work came, when we were able to isolate a single-crystal from one of the more promising synthesis products. After the structure determination, we finally knew what we were looking for and before long we were able to obtain large quantities of the substance, which enabled further analysis and the discovery of the aforementioned structural ordering and the narrow temperature-window for SALONs formation.  As structural ordering can affect the physical properties of a substance quite significantly, it can pay off to look for this effect, since ordering phenomena similar to the one found in SALON might also exist in other oxygen/nitrogen-systems. 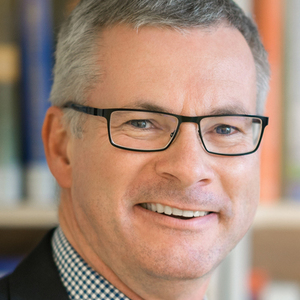 Dean of the Faculty of Chemistry and Pharmacy, University of Innsbruck