Bacteria can produce a range of toxins which are disruptive to biological membranes or deliver specific toxins to ultimately kill host cells. One specific group of these are ABC toxin complexes (also known as Tc toxins). How do ABC toxins recognise some host cells, but not others? What protein domains play a role in this?

Bacteria can produce a range of toxins which are disruptive to biological membranes or deliver specific toxins to ultimately kill host cells. One specific group of these are ABC toxin complexes (also known as Tc toxins). These pore-forming toxins are ~2 MDa nanomachines that help translocate cytotoxins to their cellular targets. They are formed by at least three functionally distinct components and appear to be capable of targeting specific host species. To deploy the cytotoxin, ABC toxin complexes undergo large conformational changes that catapult the cytotoxin into the host cell in a ‘slingshot-like’ mechanism. But many questions regarding ABC toxins and their role in virulence remain: How do ABC toxins recognise some host cells, but not others? What protein domains play a role in this?

Going beyond the wall

In an effort to answer these questions, we have studied the ABC toxin YenTc, produced by the insect-killing bacterium Yersinia entomophaga.  YenTc is highly potent against crop pests such as the diamond back moth and is therefore an attractive target for bioinsecticide development. In an international collaboration with labs from Australia, New Zealand, UK and Switzerland, we have identified the unique structural and functional features of YenTc and classified it as a new type of ABC toxin.

In contrast to other structurally studied ABC toxins, YenTc harbours chitinase activity. Many pathogens secrete chitinases in order to increase the permeability of a protective layer in the insect midgut, which is largely composed of the carbohydrate polymer chitin. By destroying this chitin-rich ‘wall’, the insect is more susceptible to infection and disease. However, our recent studies have shown that the chitinases associated with YenTc may have an even bigger role to play in its function.

A song of ice and sugars

Using the latest advances in cryo-EM, we have solved structures of the pore-forming A subunit of YenTc (YenTcA) revealing the precise location of two chitinases previously thought to be tightly associated with YenTc. In the ‘stand-by’ pre-pore conformation, prior to cytotoxin ejection, the chitinases are attached to the A subunit, similar to ‘arms’ and ‘legs’ extending from the main protein ‘body’. In the toxin-translocating pore conformation, the chitinases do not dissociate, but remain tightly associated with the complex and change conformations (Figure 1). These changes in position enable the protrusion of the pore, and may also stabilise the association of YenTc with the host membrane bilayer.

Figure 1: YenTcA in the pre-pore conformation (left) and the pore conformation inserted in a lipid bilayer (right): The chitinases (in pink and cyan) are connected to the protein body (grey).

Due to their peripheral location, we hypothesised that the chitinases could potentially play a role in recognising particular receptors on the host cell membrane, in addition to acting as chitin-digesting enzymes. We therefore conducted high throughput microarray analyses that allowed us to identify candidate glycan molecules as potential receptor (parts) recognised by YenTc. A number of glycan structures are recognised in an in vitro system both by YenTc and one or more of the chitinases, which suggests that glycan recognition may be an important step in the binding of YenTc to targeted host cells in vivo.

The battle of (and against) diseases

We established that the importance of chitinases associated with YenTc goes beyond what was previously assumed to be a role in permeabilising the chitin-rich layer of the insect midgut. These enzymatic subunits are essential components of YenTc, important to its structural integrity and may also play a role in establishing host tropism. This last point may be the most important of all, given the potential of ABC toxins to be developed into new bioinsecticides to overcome problems of accumulating insecticide resistance in agriculture settings. Furthermore, there is significant potential that is yet to be explored relating to the use of ABC toxins as cytotoxic drug-delivery machines in a biomedical setting. This may be achieved, for example, by exchanging the chitinases (or other peripheral domains) with other cell-targeting domains that recognise epitopes that are specifically or highly expressed on the surface of diseased cells.

For further reading, please refer to our latest publication "Cryo-EM structures of the pore-forming A subunit from the Yersinia entomophaga ABC toxin" in Nature Communications here.

Discovery of a new innovative phosphor material for LED applications 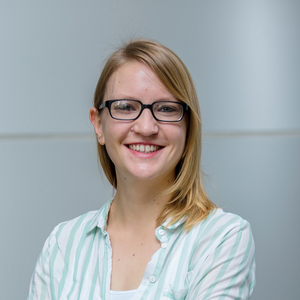 Postdoctoral Researcher, The University of Queensland