Carbohydrates are the most abundant organic molecules on earth.

In our daily lives, we encounter a vast array of natural entities assembled from carbohydrates. Cellulose, a polymer of glucose, is the primary structural component of the plant cell wall, while chitin is a key component of the exoskeletons of insects and crustaceans. Likewise, nearly half of all mammalian proteins are modified by carbohydrates (i.e., glycosylated), which can guide their organization into complex functional superstructures, as seen for mucus. Yet, employing carbohydrates to assemble synthetic biomaterials has lagged far behind the use of other biomolecules, such as amino acids, lipids, and nucleotides, from which a diverse array of synthetic architectures can be realized.1 Our team at the University of Florida reports in Communications Chemistry (https://rdcu.be/bAv0N) that glycosylation can direct the self-assembly of peptide nanofibers into highly ordered networks with emergent functional properties (Figure 1).

This project began a few years ago when a conference attendee asked me if glycosylated peptide nanofibers developed by our team could be crosslinked by proteins with multiple carbohydrate-binding sites. Early experiments conducted by Dr. Antonietta Restuccia suggested yes, but a series of control experiments resulted in an unexpected observation -- glycosylated peptide nanofibers formed aligned bundles in the presence of every protein tested (as seen in the banner image above), regardless of whether the protein had carbohydrate-binding sites or not. Intrigued by this, we enlisted experts in structural biology (Kelley & Kurian) and soft matter (O’Bryan & Angelini) to help deconstruct this process.

Nanofibers assembled from peptides often aggregate into random entangled networks in water. We observed that attaching a carbohydrate onto the peptide can prevent this aggregation, likely by enhancing water-nanofiber interactions. Moreover, the carbohydrate can mediate specific interactions between nanofibers that direct their lateral association and alignment. These interactions depend on the type of sugar, as well as its density, on the nanofiber. For example, nanofibers modified with N-acetyllactosamine align to form bundles, whereas those modified with the variant N’,N-diacetyllactosamine remain dispersed.

Networks of aligned glycosylated peptide nanofibers also demonstrate new functional properties that are not shared by their non-glycosylated counterparts. For example, nanofibers modified with N-acetylglucosamine provide biomaterials that are resistant to fouling by bacteria and mammalian cells, yet selectively capture carbohydrate-binding proteins, similar to mucus and other natural glycosylated superstructures.

Analogous to the influence of glycosylation on protein form and function, this report demonstrates that carbohydrate modifications can also endow new properties to synthetic peptide assemblies. Our observations add to a growing body of work highlighting the potential of sugars as components in synthetic supramolecular biomaterials.2,3 Moving forward, we envision that modifying peptides with the diverse carbohydrate chemistries found throughout nature will lead to supramolecular biomaterials with a broad range of emergent properties that are useful for various medical and biotechnological applications. 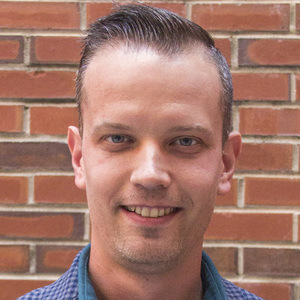