Towards sustainable electromicrobial production: combining the best of chemistry and biology

One of the grand challenges of the next decades is the replacement of fossil carbon as the basis of our fuel, chemical and agricultural sectors with more sustainable feedstocks. Only resources that are ubiquitous and with a low environmental footprint – as CO2 and renewable energy are – can revolutionize the way we produce our commodities.

Electrochemistry is a promising approach for converting CO2, renewable electricity and water into simple energy-rich molecules. Carbon monoxide (CO) and formic acid (CHOOH) can now be electrochemically produced at high energy efficiencies and current densities, adding to the well-established technology of hydrogen production via water splitting. Adding to these options, 2-step processes in which electrochemically generated hydrogen is reacted with CO2 can produce methanol or methane at high overall energy efficiencies.

Figure 1| Abiotic and biotic catalysis can be combined in several ways to support production from CO2 and renewable energy.

Using chemical catalysis to upgrade simple energy-rich molecules into complex products is challenging due to low product specificity, the need for large facilities and high energy input requirements. Instead, biocatalysis by microbes can convert these simple molecules into complex products with high specificity under mild conditions. While the potential of integrating electrochemical with biological processes is widely recognized, no consensus exists regarding the optimal way to combine both processes. To explore this, we performed a quantitative analysis of both the chemical and biological processes, analyzing energetic efficiencies, kinetics, costs, and other factors. One striking finding is that the intensively researched approach of direct microbial electron uptake from an electrode has a limited potential due to inherently low current densities which result in high capital costs. Linking chemistry and biology via the production and consumption of simple mediator molecules thus provides a more feasible alternative.

Hydrogen, carbon monoxide, formate, and methanol are promising mediators from the perspectives of both chemical production and biological consumption. As mentioned above, these compounds can be produced from electricity with high energetic efficiency. By collecting literature data on microbial growth on these compounds we show that they can be further converted into biomass or products with high energy efficiency via certain metabolic routes. Anaerobic conversion by acetogenic microbes can result in high mediator-to-product energy efficiency; formate and methanol seem to support higher efficiencies than the more commonly used hydrogen and carbon monoxide. However, as anaerobic production is energetically limited to a narrow product spectrum, aerobic bioconversion is required for most products. For aerobic processes, we show that autotrophic microbial growth is ATP-inefficient, severely restricting bioconversion efficiencies. On the other hand, methanol assimilation via the RuMP (ribulose monophosphate) Cycle and formate assimilation via the Serine Cycle provide the most efficient aerobic options. Ongoing efforts to design and engineer more efficient synthetic C1 assimilation pathways, e.g. the reductive glycine pathway, may further boost aerobic biocatalysis.

Figure 2| Energetic efficiencies of different abiotic (chemical) and biotic (microbial) processes and the corresponding overall efficiencies of the most efficient combinations. Names in parentheses correspond to the assimilation pathway: ‘serine’ corresponds to the Serine Cycle, ‘RuMP’ to the Ribulose Monophosphate Cycle, ‘DHA’ to the Dihydroxyacetone Cycle, and ‘Calvin’ to the Calvin Cycle supporting autotrophic growth.

Overall, methanol and formate seem to be very promising mediators, which have so far been poorly exploited. Among other advantages, these soluble mediators bypass the mass transfer and safety challenges associated with hydrogen (and carbon monoxide). We believe our analyses provides a useful roadmap for chemists, biological engineers and policy makers to move towards the most productive direction of integrating chemical and biological catalysis. 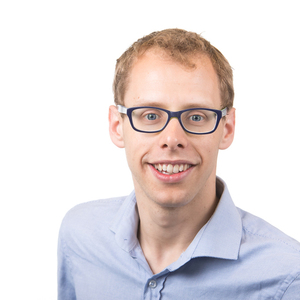