We report a novel liquid organic hydrogen carrier system based on the cheap, widely accessible and renewable ethylene glycol, capable of chemically storing and releasing hydrogen reversibly using the same catalyst, with a high theoretical hydrogen storage capacity of 6.5 wt%.

Hydrogen has been regarded as a clean energy vector and will possibly play an important role in a future renewable and sustainable energy system. One of the major challenges for hydrogen utilization is its storage and transport, resulting from its low volumetric energy density. Storing hydrogen in tanks under high pressure or at cryogenic temperatures suffers from high energy input and potential safety issues. Currently, diverse metal organic frameworks, nanostructured materials and metal hydrides have been developed for hydrogen storage. Despite these advances, it is still of great importance to develop mild and efficient systems with satisfying economic and ecological benefits for hydrogen storage.

The research interests from the Milstein group (http://www.weizmann.ac.il/Organic_Chemistry/milstein/) focus on the development of fundamental organometallic chemistry and its application to the design and implementation of new sustainable, green, catalytic reactions for synthesis and energy. In 2015, our group disclosed a readily reversible liquid organic hydrogen carrier system based on catalytic peptide formation and hydrogenation (Nat. Commun. 2015, 6:6859 doi: 10.1038/ncomms7859). Herein, we showcase that the widely accessible and renewable ethylene glycol can also be used as an efficient and reversible liquid organic hydrogen carrier. The system is based on dehydrogenative esterification reactions of ethylene glycol to ester oligomers, and reversible hydrogenation of the ester oligomers to ethylene glycol. This unique hydrogen storage system enables the efficient and reversible loading and discharge of hydrogen using a ruthenium pincer catalyst, with a theoretical hydrogen storage capacity of 6.5 wt%.

During the initial studies of this project, we found that 2-hydroxyethyl glycolate (dimer) was always formed as the major product, which only possessed 3.25 wt% of hydrogen storage capacity. Achieving a higher degree of polymerization is the key to increasing the hydrogen storage capacity. After an extensive survey of the reaction conditions, an acridine-based dearomatized ruthenium complex afforded substantial improvement over the PNN and PNNH family of ruthenium complexes, using ethylene glycol in a mixture of toluene and dimethoxyethane at 150 ˚C under base-free conditions (97% conversion, 61 mL hydrogen with 99.59% purity). Analyzing the reaction mixture showed that higher oligomers were formed as well (n up to 6). More importantly, the mixture could be fully hydrogenated back to ethylene glycol by using the same catalyst. The dehydrogenation reaction of ethylene glycol could also proceed very well under neat and partial vacuum conditions, and an average degree of oligomerization of 3.98 was achieved (HSC: 5.2 wt%).

The unique characteristics of the acridine ligand-backbone are responsible for the outcomes of this system, as demonstrated by computational studies. We believe that this liquid organic hydrogen carrier system can push forward the development of LOHCs as energy vectors for large-scale applications upon further development in the near future. 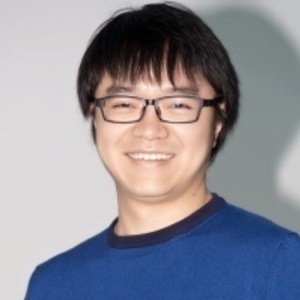