Fuel cells and air-metal batteries have been hotly pursued in the past few decades as novel electrical energy conversion systems. However, their large-scale practical application and wide commercialization are limited by the shortcomings of Pt, which is the most effective catalyst for oxygen reduction reaction (ORR) of the cathode, such as high cost and limited supply. Therefore, the search for inexpensive, efficient and stable non-Pt ORR electrocatalysts is of great importance for fuel cell from the viewpoint of fundamental science. Some promising alternative catalysts including transition metal oxides and metal-free heteroatom-doped carbon materials have been developed, whereas these inhomogeneous catalysts are not discrete and structurally unclear. On the other hand, the small molecule-based catalysts possessing discrete molecular structures have high material designability, and are advantageous for optimization of the performance. However, molecular systems studied for the ORR catalysts are limited such as quinone analogues and porphyrin/phthalocyanine-based metal complexes, and they did not exhibit sufficient performances.

Trioxotriangulene (TOT), a polycyclic neutral π-radical with a 25π electronic system, and is quite stable even without steric protection because of a high spin-delocalization over the highly symmetric 25π-electronic molecular system (see: Bull. Chem. Soc. Jpn. 2018). Focusing on the very stable redox process between neutral radical and monoanion species, we have investigated ORR catalytic behavior of TOT derivatives.

The electrochemical measurements on TOT derivatives using rotating disk electrode measurements in O2 saturated alkaline aqueous solution revealed that the N-piperidinyl-substituted TOT derivative exhibited a high ORR catalytic activity with a two-electron transferring process, and the activity was higher than those of quinone derivatives and many heteroatom-doped carbon materials. We also analyzed the effect of transition metal impurity (Pd and etc) in detail, and elucidated that ~100 ppm level of contamination with Pd, which is smaller than the experimental error, has a negligible effect on the ORR catalytic activity. From the discussion of the substituent effect of TOT, we concluded that the mechanism of ORR of TOT derivatives is caused by the cooperation of electrochemical reduction and air-oxidation between neutral radical and monoanion of TOT.

Stable organic neutral radicals have been expected to exhibit various electronic functions such as magnetism and electrical conduction which cannot be demonstrated in close-shell molecules. TOT is a quite stable neutral radical, and is a peculiar molecular system achieved by our exploration of “open-shell graphene-fragment” based on the phenalenyl system (Nat. Chem. 2011). Focusing on its self-assembling ability and high redox ability, we have revealed various and intriguing functions of TOT derivatives such as high electrical conductivity, near-infrared photo absorption and high capacity organic rechargeable batteries. The ORR catalytic activity discovered in this work is a new function of TOT, and has not been found in any organic neutral radical derivatives. We believe that the present study provides a new milestone in the development of electrochemical catalyst of fuel cells and also in the exploration of new functionality of organic neutral radicals.

Our paper “Metal-free electrocatalysts for oxygen reduction reaction based on trioxotriangulene” published in Communications Chemistry can be read from here. 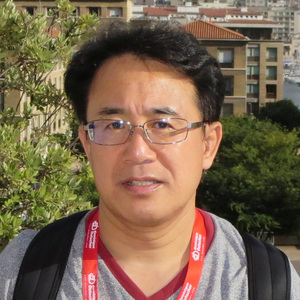