The story of kistamicin - diversity in glycopeptide antibiotic biosynthesis

In our recent paper, we investigate the biosynthesis of kistamicin, an unusual member of the glycopeptide antibiotics (GPAs), which is a class of compounds that includes clinical antibiotics such as vancomycin. Whilst we knew from the structure of kistamicin that it was different to other GPAs, we previously didn’t know the details of how kistamicin is biosynthesised. Thus, we determined to perform a comprehensive analysis of how this interesting compound is naturally produced, with our attentions focussed on understanding how kistamicin is converted from a linear, flexible peptide into a rigid structure bearing three internal crosslinks. In doing so, we identified an unusual biosynthetic enzyme that is a highly promiscuous catalyst and one that differs substantially in its activity from other enzyme homologues identified from GPA biosynthesis.

The first clues to the unusual nature of this enzyme were found when we examined the gene cluster responsible for kistamicin production, where we found that – despite the presence of three crosslinks in the final product – there were only two enzymes identified that could introduce such linkages. This led us to hypothesise that one enzyme was introducing two crosslinks into kistamicin, which is the first time such an enzyme has been identified in GPA biosynthesis. However, exploring this hypothesis required significant effort from many groups, and used techniques spanning the manipulation of the bacterial strain that produces kistamicin through to molecular modelling of the compound itself.

Figure 1. Structural differences found between typical members of the glycopeptide antibiotics (exemplified by vancomycin) and kistamicin, an atypical member of this natural producy family that possesses differences in structure as well as antiviral - as opposed to antibacterial - activity.

What our studies found is that the unusual crosslinking enzyme, known as OxyC, shows substrate promiscuity that goes far beyond any related GPA enzyme previously investigated. What makes this even more unusual is that OxyC appears to act at two distinct time points during the biosynthesis of kistamicin, rather than sequentially. The type of crosslink installed by OxyC is not found in other GPAs, and our experiments indicate that the type of crosslink formed appears to be an innate property of the enzyme itself, possibly indicating scope to re-task OxyC in future efforts to diversify the GPA class.

Despite these unusual differences to the biosynthesis of more typical GPAs, the key process in kistamicin crosslinking – recruitment of the Oxy enzymes to peptide substrates via a special recruitment domain known as the X-domain – is conserved. Our study could further contribute a crystal structure of a complex of an Oxy enzyme with the X-domain as well as biophysical data that further supports the role and conserved interaction interface of this process across all GPA biosynthesis routes in spite of their diversity.

Taken together, our study published in Nature Communications (available here) shows that the divergent structure of kistamicin compared to other GPAs is underpinned by examples of enzyme catalysis not found in typical GPA biosynthesis. Indeed, this extends beyond the process of peptide crosslinking and there are a number of intriguing examples from the peptide synthesis machinery that makes kistamicin that we are currently investigating. However, key features of GPA biosynthesis – a cyclisation cascade mediated by X-domain recruitment – remains conserved. These results provide us with new insights into GPA biosynthesis that will have great value in future efforts to redesign the biosynthetic pathways that underpin the production of these important antibiotics. 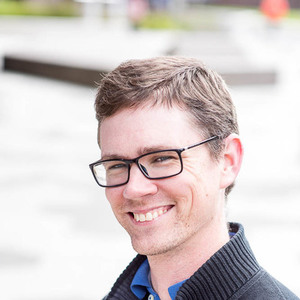