An inherent problem of self-assembled dye molecules (chromophores) is π-π stacking. This cofacial packing results in strong electronic coupling, which in turn often quenches fluorescence intensity. In contrast to such H-aggregate behavior (parallel alignment of dye transition dipoles), a head-to-tail arrangement of transition dipoles can yield J-aggregate, a packing motif which results in bright fluorescence. Whether or not a given dye yields H- or J-aggregates is difficult to predict, and strategies to enforce J-coupling in self-assembled dye molecules are of large interest. This interest also results from the fact that in addition to bright fluorescence, J-aggregates also typically show favorable exciton/electron-hole transport properties.

Unfortunately, enforcing or even predicting the desired packing of dye chromophores is not easy. In fact, presently known cases of J-aggregate formation were mainly obtained by serendipitous discoveries in the context of trial-error type research. In principle, the search for dyes yielding J-aggregates, which can also be obtained by suitable modifications of existing dyes, could be aided by computational methods. However, “Crystal structure prediction” (CSP) is extremely challenging, and the prediction of three-dimensional packing for molecules is an unsolved problem.

In the case of a crystalline surface-anchored metal-organic framework (SURMOF), we have studied a semiconductor organic linker, core-substituted naphthalenediimide (cNDI). As it is often the case, the straightforward realization of a chromophoric framework yielded H-aggregate behavior, a non-radiative decay efficiently quenched any fluorescence. However, the rather open structure of these porous frameworks, their isoreticular chemistry and their periodicity provided an opportunity to implement a simplified CSP methodology to predict and realize intended J-aggregate of cNDIs. In our approach, a “steric control unit” (SCU) is attached to the cNDI chromophore cores and acts as a handle to change the inter-cNDI arrangement. Using a straightforward computational model we analyzed a library of about 20 possible SCUs and identified cases for which the simulations predicted the formation of J-type coupling. Fabrication of a MOF from the selected linker then, indeed, yielded a J-type chromophoric SURMOFs with impressive photoluminescence and high quantum yield. This result demonstrates the success of the postulated simplified CSP methodology on crystalline MOF structure and also provides a wide opportunity to easily manipulate dye molecule assembly in crystalline framework. 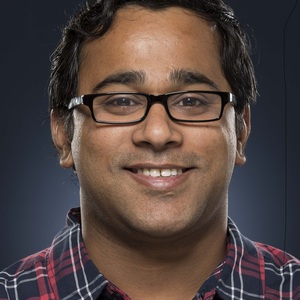