Magnetic hysteresis is observed in a dysprosocenium complex at temperatures of up to 60 kelvin, the origin of which is the localized metal–ligand vibrational modes unique to dysprosocenium.

It started, as these things so often do, with a “Friday afternoon” reaction.

One of our research group’s philosophies is that, while you focus on core research goals during the week, your reward is that you can do a reaction on Friday purely for curiosity’s sake.

Conrad Goodwin (pictured below working in a glove box), a PhD student in my group at the time and currently a J. Robert Oppenheimer Fellow at Los Alamos National Laboratory, did a “Friday afternoon” reaction in 2014 to make a samarium compound with the metal bonded to only two atoms simply because we thought it would be cool. When the reaction worked, we were obviously very pleased with ourselves and thought that other like-minded researchers would find it a fun molecule, but had no idea at the time of the journey that this result would eventually take us on.

A touch of serendipity, a little stroke of luck

Molecular magnetism and Chemistry at Manchester go hand in hand, and our colleagues Richard Winpenny and Nick Chilton got very excited about this result. They told us that if we could replace samarium with dysprosium, we could make the world’s best single-molecule magnet (SMM). SMMs can store magnetic information, and as such have been proposed as candidates for high density data storage applications (see How to store data on magnets the size of a single atom). However, applications for SMMs had been limited by their operational temperatures being only just above absolute zero, providing a challenge to the molecular magnetism community.

The design criteria for improving lanthanide SMMs were just beginning to be fleshed-out, and many research groups worldwide were already targeting highly axial dysprosium compounds for this reason. Nick’s calculations on a hypothetical dysprosium SMM using the atomic coordinates of our samarium compound indicated that this would have remarkable magnetic properties; we had stumbled upon a blueprint to a chemically feasible and potentially record-breaking SMM, and as with many scientific discoveries it was precisely because we weren’t targeting this goal in the first place.

Everything changed from here on in. After publishing this work, we teamed up with a larger group of collaborators at Manchester to secure funding for the synthesis and study of high-performance lanthanide SMMs, bringing the expertise of Fabs Ortu (now a lecturer at Leicester) and Dani Reta to the team, and allowing us to pursue our research goals in a targeted way.

Our group tried and failed many routes to get to our target molecules before Conrad had a moment of inspiration in late 2016, suggesting an exotic reagent to remove a single atom from a dysprosium compound with two large ligands. We tested the reaction on our original samarium compound and to our joy it worked!

The snag was that no equivalent starting material existed for dysprosium. We pored through the literature and found that ten years previously Florian Jaroschik, Francois Nief and co-workers had published some dysprosium compounds that we could transfer this chemistry to. Happily, the starting materials were already in our glove box as we were using them for our related actinide projects.

Conrad did the reactions. They worked, and dysprosocenium was born at the start of March 2017 (Fabs Ortu pictured below mounting a crystal for single-crystal X-ray diffraction). We were all very happy, and then passed a sample to Nick to measure; ironically, Nick predicted it would be a rubbish SMM because “they’re all rubbish”.

But it wasn’t even a moderate SMM. The compound exhibited magnetic hysteresis up to 60 K, smashing all previous records. We were all shocked (see group chat picture below), and the team put their efforts into making, measuring and performing calculations on this dysprosocenium cation in an attempt to understand its remarkable behaviour. We drafted the manuscript for publication in Science, and at the start of April we pressed the “submit” button and crossed our fingers.

After 10 days Science declined to send the paper to external review. Undeterred, we redrafted for Nature and submitted the manuscript a few days later. During this time an unfortunate series of events occurred (see Mark Peplow's C&E News article); fortunately our submission was not derailed and with rigorous, constructive and supportive peer review Nick’s analysis of the magnetic properties of dysprosocenium (which he had already started for a follow-up publication) got added to the paper. Nick found that the stiff vibrational modes of this molecule was the origin of the high-temperature magnetic hysteresis, and even found that specific C-H atoms in the molecule were of crucial importance. This provided new design criteria to the molecular magnetism community – that molecular vibrations must be controlled to achieve high-temperature SMMs.

Our paper in Nature came out at the end of August 2017 and we celebrated with cake and karaoke late into the night. We have all continued research in this field and have followed up with a number of papers investigating the synthesis and magnetic relaxation mechanisms of related compounds. We have also started to build exciting new collaborations with groups worldwide and look forward to exploring these new research directions in future.

The design criteria that we provided has been taken on board, with dysprosocenium compounds now achieving hysteresis up to 80 K, and huge new synthetic horizons to explore. The trajectory of molecular magnetism and all of our careers were changed by one “Friday afternoon” experiment, and we hope that our story shows that curiosity and creativity are ultimately the most rewarding scientific endeavours. We are truly excited to see what happens next.

My thanks go to all the authors of our Nature paper (picture below l-r: Fabrizio Ortu, David Mills, Nicholas Chilton, Conrad Goodwin, Daniel Reta) for helping me put together this blog.

In case you haven’t read the paper yet please click here (free to access in 2019 as part of Nature’s interactive periodic table).

The Cure – Friday I’m in Love

Robert Plant – Turn it Up 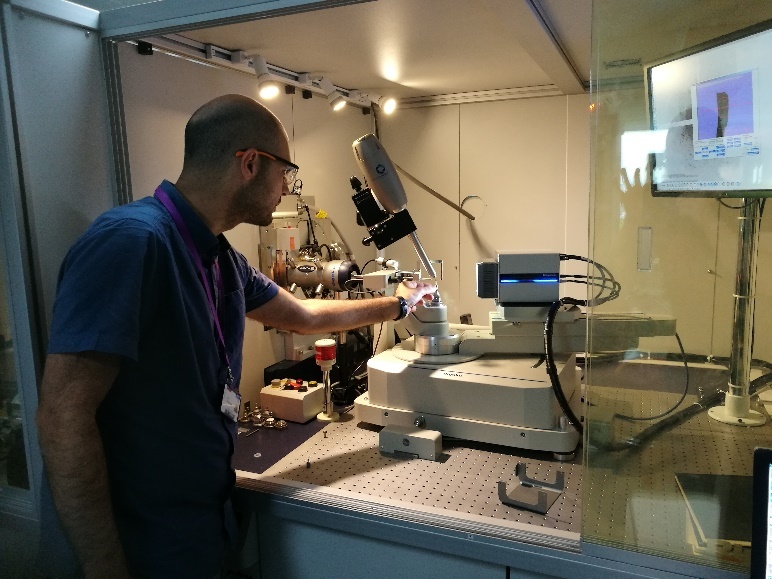