Quantum dots have become prevalent in recent years and may be found across a broad spectrum of applications ranging from solar cells to biological imaging tags. However, the exciton dynamics governing these systems are still not fully understood. In this work we build upon a charge tunneling self trapping model of QD blinking and factor in contributions from both the bulk host matrix dielectric constant and local dielectric constant afforded by QD surface ligands.
Aidan Fisher
Lecturer, University of Sussex
Follow
Like Liked by Mark Osborne

Photoluminescent quantum dots are an important technology but can exhibit undesirable intermittent quenching of the photoluminescence. Here, a combination of NMR techniques with XPS and simulations are used to describe the surface coverage of ligands on CdSe nanoparticles and to relate the blinking…

Quantum dots (QDs) are nano-sized semiconducting crystals, which exhibit quantum confinement effects. Simply put, they are essentially a real-world example of the particle in a box model. Experimentally, this allows us to engineer the emission wavelength of QDs by altering the size of the nanoparticle, which has partly led to their popularity in the display (QLEDs) and solar industries. At the macroscopic level, QDs fluorescence when photoexcited with short wavelength light with no real surprises. However, at the single molecule level things start to become interesting. The observation of single QDs, under continuous wave illumination, reveals that QDs switch between a bright fluorescent state and a dark state, where the duration of these states can range from microseconds to minutes. To account for this behaviour a number of models have been proposed over the past two decades, where we recently introduced a charge tunnelling self trapping (CTST) framework in a bid elucidate the exciton dynamics in these advanced materials. This was the focal point of my PhD experience within the Osborne lab at Sussex, which was successfully completed in 2017.

The CTST model is built upon the foundations of classical electrostatic theory and designed to be intuitive tool for nano-engineering. Many of the simulation parameters employed are based on real physical properties of the QD and surrounding medium such as the host matrix dielectric constant, the charge carrier trap radii and the shell thickness of CdSe.CdS QDs. Importantly, this allows us to rationalise our choice of synthetic conditions in order to customise our QDs for specific applications. Early simulation work on the effect of trapping of charge carriers in the host substrate suggested that the QD surface ligands play an important role in the observed blinking phenomenon. However, to get a quantitative handle on how QD surface ligands effect the blinking has been challenging. Typical materials science instruments, for example TEM and XPS, are not well equipped for dealing with quantitative analysis of organic hydrocarbons. Hence by working alongside the Day group at Sussex, we employed proton NMR with the use of a benzene internal standard to estimate the surface coverage of ligand on a per QD basis. Routine use of the NMR instrument typically yields sharp signals with good signal to noise ratios for simple, rapidly tumbling molecules in solution. The analysis of QD pseudo solid state colloidal NMR samples in comparison creates several problems, most notably anisotropic signal broadening. To overcome this we performed our measurements under magic angle spinning. The results showed good spectral resolution between free unbound ligand in solution and ligand bound to the QD surface.

The calculated, scientifically robust surface ligand density was subsequently used in CTST simulations and compared with experimentally determined blinking statistics. The agreement between experimental and CTST simulations show that to fully account for the blinking dynamics we must consider both the trapping potential of the bulk host matrix and local dielectric constant afforded by the surface ligands. For more information be sure to check out the full article at https://www.nature.com/articles/s42004-019-0164-x 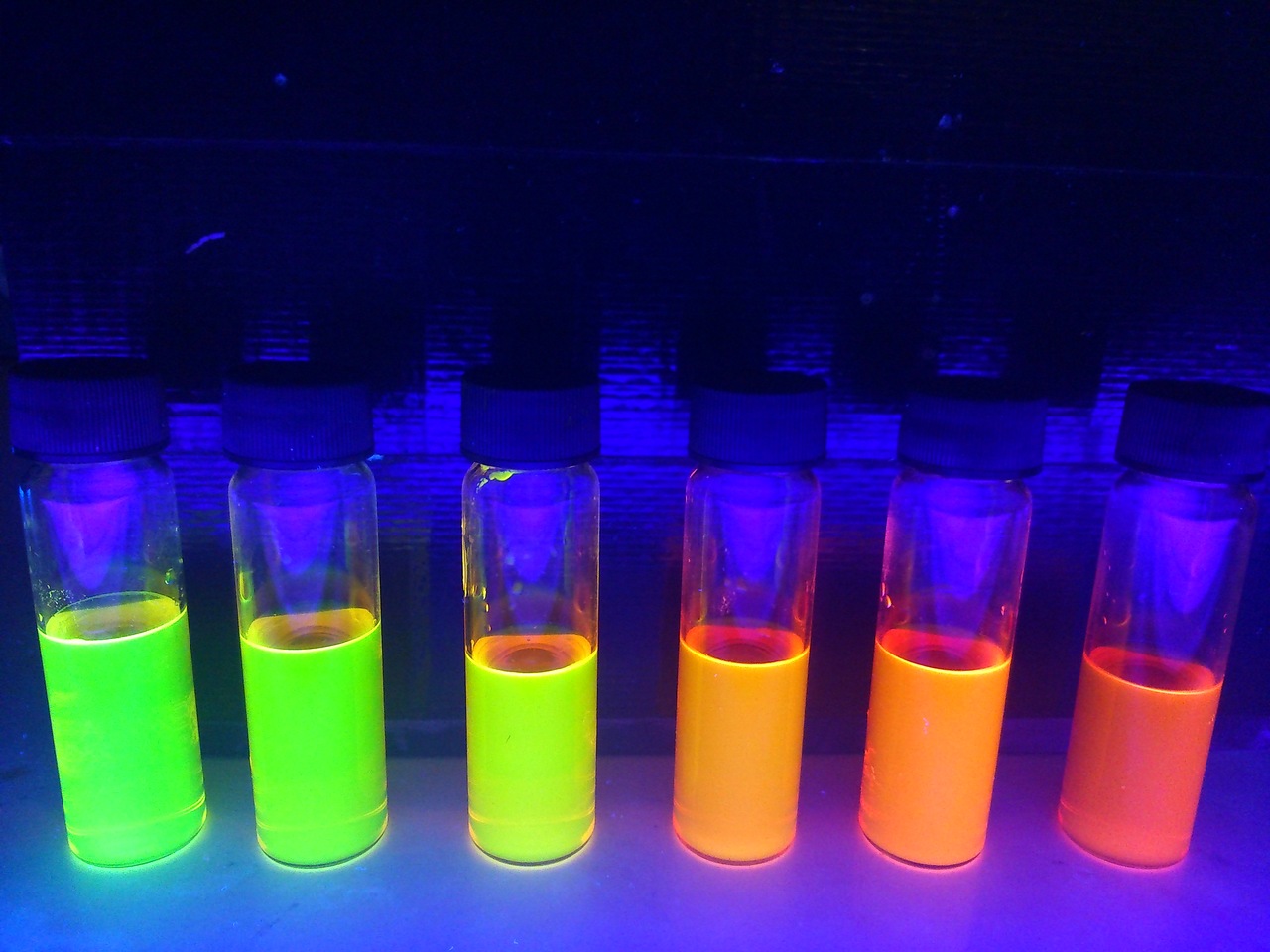 Quantum dots have become prevalent in recent years and may be found across a broad spectrum of applications ranging from solar cells to biological imaging tags. However, the exciton dynamics governing these systems are still not fully understood. In this work we build upon a charge tunneling self trapping model of QD blinking and factor in contributions from both the bulk host matrix dielectric constant and local dielectric constant afforded by QD surface ligands.