Historically, the metal catalyzed hydrogenation of unsaturated bonds is a first milestone in catalysis. Dating back as far as 1874, von Wilde reported the first acetylene-to-ethane conversion using platinum. This rapidly developing field of hydrogenation catalysis soon led to Sabatier’s 1912 Nobel Prize in chemistry. Although old hat, today hydrogenation catalysis is still thriving. The increasing relevance of molecular hydrogen, which should be regarded one of the cleanest reducing agents, warrants further continuity for hydrogenation as a highly important industrial key transformation.

While most catalysts are derived from platinum group metals, we have been pioneering catalysis with early main group metals, especially Ca and the heavier group 2 metals. There are clear advantages. Ca is a lot cheaper than Pt but this argument is easily overthrown by the extremely low catalyst loadings for Pt which often cannot be matched by Ca. It is more important that Ca is everywhere. The lack of monopolies avoids speculation, guaranteeing long-term price stability. In addition, compared to the more precious d-block metals like Pt, Ca is biocompatible and there is no need to remove toxic catalyst residues.

As Ca does not have partially filled d-orbitals at its disposal, substrate activation is purely based on its Lewis acidic nature. Although Ca-alkene bonding is very weak and C=C bond lengthening is hardly noticeable, Ca-catalyzed alkene hydrogenation is feasible under mild conditions (20-60 °C, 20 bar) using a highly reactive dibenzylcalcium catalyst.1 The substrates were initially restricted to conjugated double bonds, which are also prone to give polymer side products. The results are certainly not at par with the state-of-the-art in hydrogenation catalysis but this first demonstration of transition metal-free hydrogenation broke the dogma that alkene activation by d → p* backdonation is an absolute requirement.

The mechanism is straightforward. It does not involve any redox chemistry but is governed by simple dipolar addition and deprotonation/protonation steps. I still remember the day that one of my coworkers, Christian Färber, proposed to extend this research to the much more important imine-to-amine reduction. My immediate reaction was that this would never work! Although it could follow a similar mechanism, the problem is immediately evident: catalyst formation and the last step can be seen as the deprotonation of H2 (with a pKa value close to 50) by a Ca amide intermediate (the pKa of amines is circa 35). It should be running backwards! But if it would work, simple alkaline earth metal amides like AeN’’2 (N’’ = N(SiMe3)2, Ae = Ca, Sr, Ba) could be used as the catalyst. These widely used precursors in Ae metal chemistry, are easily prepared from the cheap commercial amine HN(SiMe3)2. Although fully unexpected, a variety of aldimines could indeed be reduced to amines at 80 °C and at surprisingly low H2 pressures down to 1 bar.2 It was suspected that this transformation may not involve a highly reactive metal hydride catalyst, however, a comprehensive DFT study by our cooperation partners Mercedes Alonso and Frank de Proft was crucial in showing that a metal hydride mechanism is the most likely route.

One can only speculate about the nature of the catalyst. Based on simple thermodynamics the deprotonation of H2 (pKa = 49) by CaN’’2 (pKa of N’’H = 25.8) should not work, but it does! Saturating a CaN’’2 solution in C6D6 with H2 gave immediate formation of N’’H. The reason why this acid-base reaction proceeds can be summarized in one word: aggregation. The clustering of N’’CaH and CaH2 to larger Ca hydride clusters delivers the energy needed for contrathermodynamic H2 deprotonation. Indeed, by addition of a neutral tridentate ligand, such self-assembled Ca hydride clusters could be isolated in circa 80% yield.3

The advantage of these simple AeN’’2 catalysts is that the most reactive of them all, BaN’’2, is quite stable and can be obtained in large quantities in a convenient one-step synthesis. Switching back to alkene hydrogenation, the Ba amide catalyst was found to have enormous advantages.4 Its high activity broadened the substrate scope to unactivated (isolated) alkenes like 1-hexene. More important, activated substrates like styrene did not show any sign of polymerization. DFT calculations by our collaborator Mercedes Alonso indicate that this is due to fast trapping of the highly reactive intermediate by reaction with the acidic amine N’’H, thus preventing alkene polymerization. The latest developments show that these simple amide catalysts AeN’’2 are also active in dehydrogenation catalysis which paved the way for Ae-catalyzed transfer hydrogenation.5

The unexpected observation that simple AeN’’2 complexes can be used as catalysts in imine hydrogenation has been followed by further breakthroughs in alkene hydrogenation. Especially the heavier Ba catalyst is expected to show hitherto unseen reactivity. We foresee many more surprises of these forgotten elements! 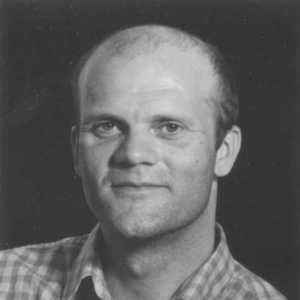 Experimental and theoretical evidence for Alkaline Earth activation of phenyl cores, Hydrogen activation, Dinitrogen activation and hydrogenation catalysis is a strong support for the validity of the Left Step Periodic System

Alkaline earth (Ae) elements, together with Alkaline (A) elements, are displayed in the (fdps)-Left Step Periodic Table (2He/4Be) as the homologous group of elements at the right border of the s-block (l = 0). The valence manifold analysis (VM = [e<val> + v<val>] for a given set of n, l) reveals the head elements of both groups to stand as the two singular and most different elements of their group, in accordance with Mendeleev´s First Element Distinctiveness (FED). The other important outcome of this VM-formalism is, that the respective homologous elements below Hydrogen and Helium reveal a pairwise chemical kinship due to their Valence Manifold counts, which notes the number of valence electrons AND valence vacancies, by which the Valence Manifold is defined. For the Ae elements, this pairing ist {Be, Mg} with VM = [2 + 6], {Ca, Sr} with VM = [2 + 16], {Ba, Ra} with VM = [2 + 30], {Ubn, ...} with VM = [2 + 48]. I combine this VM-formalism with the eight-Period, (2He/4Be), (fdps)-Left Step Periodic System to a graphic, two-dimensional Periodic System and I call this approach the VM-augmented LSPSE (LSPSE-VM). Homologous elements group under the same VM label and at a first glance, one ends up with a 32-group [from left to right: f-block (l = 3), d-block (l = 2), p-block (l = 1) and s-block (l = 0)]. However, at a second glance, the s-block appears, necessarily with Hydrogen and Helium as exceptions, as groups of elements with pair-wise pimary chemical kinships (i.e. with identical counts for valence electrons e<val> and valence vacancies v<val>).

As it turns out, Valence Manifold can be used as a synonym for Chemical Valence, a formalism which now regards valence electrons AND valence vacancies (or read the latter as "counts for electronic acceptor states"). The application of this formalism to the Earth Alkaline elements now reveals immediately that there are significant counts for electronic acceptor states, the more so when one regards Calcium and the heavier EA homologs.

Since 1988 - at least! - there is confirmation about Calcium and the heavier Ae´s Strontium and Barium to have a negative electron affinity, i.e. to be able to uptake an electron in at least one resonant, physicochemically bound state. Since the late 1970ies, there is plenty of experimental evidence for alkalide ions, with proof for [Li]- in the gas phase and [A]- stabilized in macrocyclic cages, with A = Na, K, Rb and Cs. A majority of theoretical chemists agree upon that there is no understanding of Lithium or Beryllium organometallic chemistry without the involvement of 2p-orbitals. In 1995 we have seen the first experimental evidence for d-d dative bonding in {(Cp)2Fe-Ca} complexes, repeated and expanded with high-level theoretical treatment just two years ago (cf. to S. Harder, G. Frenking et al.). We have seen Ca(nacnac)2-complexes activating phenyl cores for nucleophilic substitution - but not Mg(nacnac)2-complexes (...as of yet). There are Bis-beta-diketimino-complexes of Calcium which activate dinitrogen and stabilize it as side-on coordinated diazenido form in a {LCa(N2)CaL} structure (...congratulations to the Harder group!). Calcium in purely inorganic solid state or contemporary complex chemistry reveals itself as structural organizer, outperforming most - if not all - of the other, two-valent competitive ions and in most situations outperforming Mg(II) - which is strictly inexplicable in terms of ionicity or the purely electrostatic forces.

If we put all pieces together, the time has come to change the frame of our understanding of Alkaline earth elements, which means nothing less than a re-framing of our view on chemical periodicity. Categories remain the bait in the trap. We have been trapped altogether in and by a purely conventional categorization of Alkaline earth element chemistry as "mainly ionic, not much to be waiting for". If we are ready to accept the role and participation of Ca-3d or Ba-5d orbitals in chemical bonds and on convincing grounds, then we should shift our view from the traditional, IUPAC-style periodic table on to the Periodic System - which has nothing to do with the creation of yet another periodic table - but which would display these hithereto hidden potential chemical valencies by a better, if not by a fundamentally irreducible topology. This alternative is at hand, supported by the deduction of the Periodic Law in analytically closed mathematical form and from now on supported by experimental evidence. If you ever teach students or a chemically educated audience about contemporary Alkaline earth chemistry - better introduce and make use of The Left Step Periodic System in its Valence Manifold augmentation, the LSPSE-VM.