The construction of hierarchical nanostructures with precise morphological and dimensional control has been one of the ultimate goals of contemporary materials science and chemistry, and the emulation of tailor-made nanoscale superstructures realized in the nature, using artificial building blocks, poses outstanding challenges. Meanwhile, the so-called “supramolecular polymerization” approach has emerged as a powerful method to control the polymerization degree, which corresponds to the fiber length in case of linear supramolecular polymers.1 However, in most cases, due to the fairly dynamic nature of supramolecular interactions, these non-covalent polymers are not sufficiently colloidal stable, drastically different from block copolymer assemblies.

Therefore, we thought that it might be a good idea if we can combine the high stability of block copolymer assemblies and the high controllability of supramolecular polymerization. In recent years, the “crystallization-driven self-assembly” approach based on crystalline block copolymers has become a very facile method for the fabrication of nanostructures with uniform and precisely-manipulated dimensions and hierarchies.2 However, a pre-assembly and fragmentation to produce seeds are always mandatary to allow the growth of micelles into uniform structures. This, in terms of experimental procedures, is not very close to what really occurs in chain-growth polymerization reactions, in which initiators and monomers are mixed and the reaction happen simultaneously to yield polymers.

In this current work, we report a one-pot strategy to precisely synthesize hierarchical nanostructures through an in-situ initiation-growth process from a liquid crystalline block copolymer, based on the discovery mentioned above. The principles and concepts of chain growth polymerization reactions are borrowed here to realize the supramolecular polymerization process of a liquid crystalline block copolymer.

The first example involves the formation of dynamic covalent bonds with phenylselenyl bromide (PhSeBr) with pyridyl ring4 (Fig. 1a). We discovered that by adding a small amount of PhSeBr can yield uniform cylindrical micelles in a one-pot manner. The underlying mechanism of this process, termed as initiation-growth process, is depicted in Fig. 1c. Three steps occur spontaneously, namely interaction, initiation and growth step. Firstly, the PhSeBr initiators form complexes with the pyridyl groups on the P2VP chains (interaction step). The resultant less soluble complex tends to aggregate, giving the associated PFMA chains a higher propensity to form oligomeric aggregates with LC cores (initiation step). In the following growth step, these aggregates subsequently serve as seeds for the growth of the free monomeric polymer chains (unimers), driven by the liquid crystalline ordering effect. By adjusting the parameters, the length of cylindrical micelles can be finely tuned from 370 nm up to 4.6 μm with fairly narrow PDI (<1.03).

Figure 1. Initiated assembly process. (a) Chemical structure of P2VP-b-PFMA diblock copolymer and the formation of dynamic covalent bonds between PhSeBr and P2VP units. Schematic illustration of (b) the one-pot synthesis of uniform micelles via the initiated assembly process, and the detailed three steps, including (c), interaction step, dynamic covalent bond-induced in-situ initiation step, and mesogenic ordering induced growth step. (d) TEM and (e) AFM images of the uniform cylindrical micelles from initiation-growth process with RI = 5 % and CP = 0.05 mg/mL. Scale bars are 1 μm in the TEM and AFM images, and 200 nm in the inset.

Furthermore, we examined several other small molecules as initiators, which can form hydrogen bonds, halogen bonds, quaternization, and coordination complexes with the polymer. Exactly the same heating-cooling procedures were applied, and strikingly similar linear morphology were found in all cases, despite that the choice of initiators can substantially influence the micelle length. More interestingly, not only small molecules but also macromolecules, or nano-objects can also be employed to initiate the assembly to form branched, segmented, hairy plate-like, or star-like supramolecular polymers with hierarchical architectures (Fig. 2). The length of these cylindrical arms could be adjusted by tuning the ratio between polymer and these large initiators as well. Meanwhile, the geometry and shape of initiators largely dictated the directions of growing micelles, while the number of cylindrical arms were mostly determined by the dimensions of the initiators.

From a general point of view, this facile yet efficient initiated assembly approach presents a simple methodology for self-assembly, simultaneously with high-level of control over the assembled nanostructures. We believe that this method or mechanism can be extended far beyond this particular polymer, and widely applicable to other analogous block copolymer and supramolecular systems. 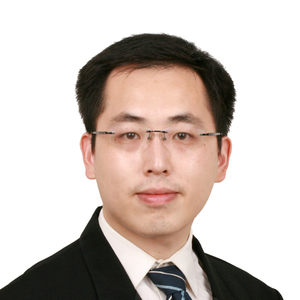 Hua-Jian Xu
Nature Research Chemistry Community
We use cookies to help improve your experience. By continuing to browse our website you are consenting to our use of cookies.
Learn more