Using complementary linkers as building blocks in the design of 2D covalent organic frameworks (COFs) limits the formation of compositionally and structurally complex networks. Here, the authors demonstrate a COF with a bex topology by combining non-complementary triangular and rectangular linkers. 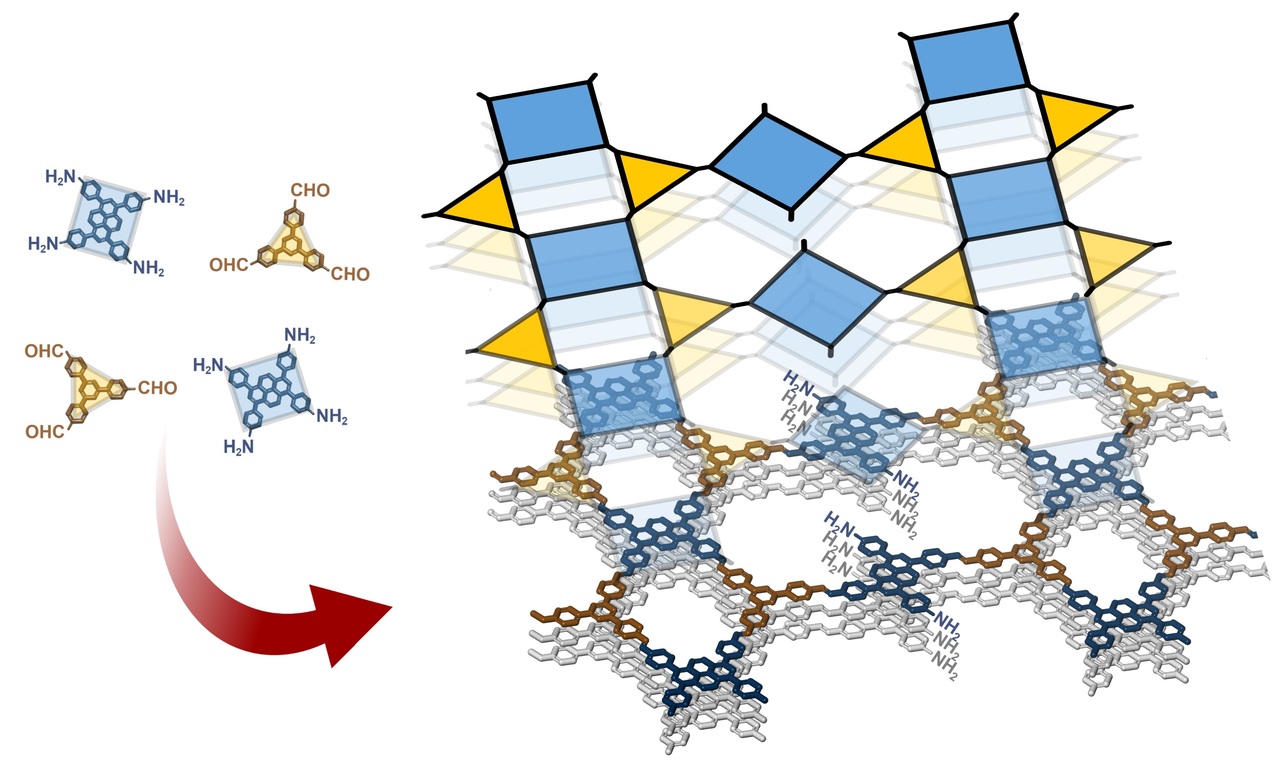