There is a strong push to develop new catalysts and supports to convert low-value CO2 into high-value CH4. Here, authors found that the internal or external confinement of Ni on multi-layered siloxene supports determined the reaction pathway, activity, selectivity, and stability in CO2 methanation.

In a sense, this proved to be the case for a study involving the infiltration of Ni2+ into siloxene nanosheets derived from the layered calcium silicide, Zintl-phase Ca2Si. Here, the chosen solvent for the Ni2+ precursor controlled the final location of the Ni nanoparticle guest, with respect to the stacked siloxene nanosheet hosts, thereby also determining the activity and selectivity of this heterogeneous photocatalyst towards the gas-phase hydrogenation of CO2 to form CH4 or CO.

In brief, researchers at the University of Toronto, Canada, and Karlsruhe Institute of Technology, Germany, discovered that conducting the aforementioned reaction in water, H2O, resulted in the so-formed Ni nanoparticles being directed predominantly to the external surface of the layered siloxene host material. In contrast, these nanoparticles were mainly confined between siloxene layers when the reaction was performed using ethanol, EtOH (see Figure 1). This difference in location was pleasingly revealed by state-of-the-art 3D electron tomography (see Figure 2).

The differing locations of the Ni nanoparticles were traced to the extent of hydrolytic poly-condensation and crosslinking between the siloxene layers during the impregnation process. In essence it was discovered that higher levels of interlayer crosslinking occurred in the presence of H2O, restricting access of the Ni2+ precursor to the interlayer spaces and resulting in the nucleation and growth of Ni nanoparticles on the exterior of the siloxene hosts. By contrast, lower levels of interlayer crosslinking in the presence of EtOH forced Ni2+ infiltration, nucleation and growth process to occur within the interlayer spaces, resulting in Ni nanoparticles being confined therein.

Notably, the internally confined nickel nanoparticles demonstrated significantly enhanced selectivity towards CH4 over CO, relative to those located externally. In addition, local heating of the high-optical-absorption black Ni nanoparticles, via the photothermal effect, served to slightly accelerate the reaction kinetics but did not alter the selectivity (see Figure 3).

The lesson of the story: location matters in heterogeneous CO2 catalysis. 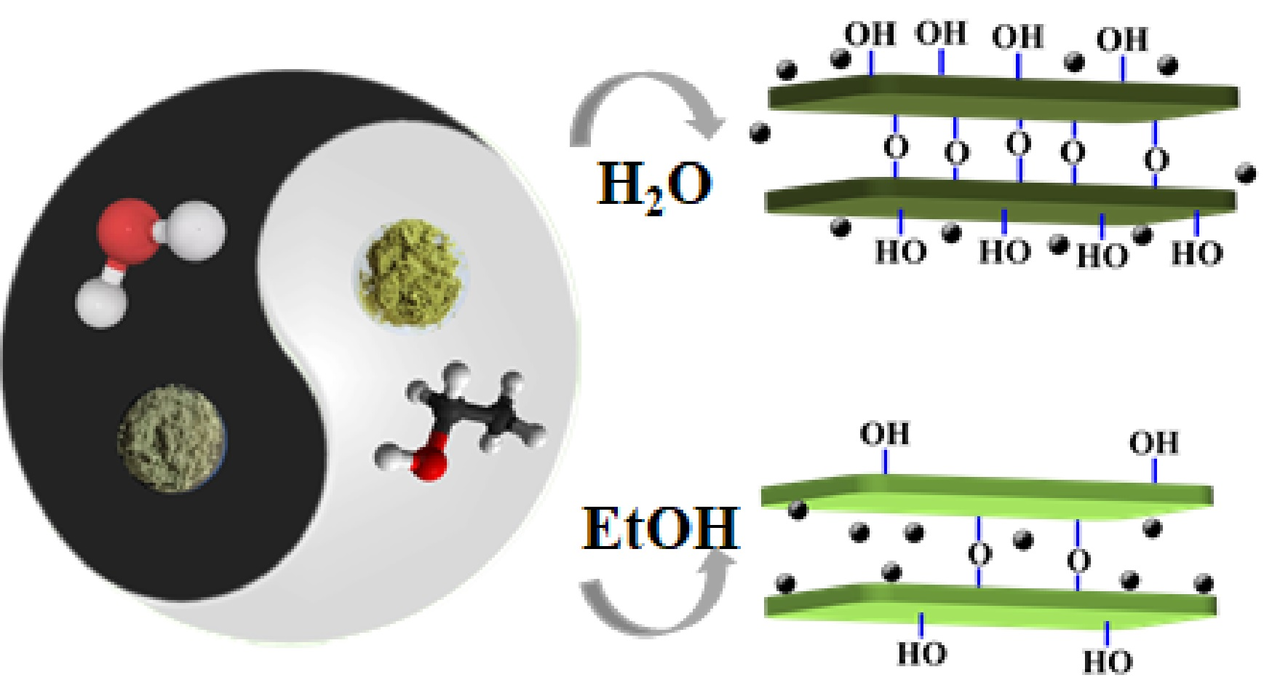