Aromatic compounds are fundamental chemical feedstocks that find widespread applications on both academia and industry. Traditional transformations for aromatic compounds were largely restricted within electrophilic or nucleophilic aromatic substitution reactions. Although diverse functional groups can be efficiently introduced to different positions of aromatic rings, the aromaticity of the aromatic compounds remained intact.

In recent years, catalytic asymmetric dearomatization (CADA) reactions have emerged as powerful methods for the functionalization of aromatic compounds. The key feature of these reactions is the loss or weakening of the aromaticity during the reaction. Meanwhile, it provides unique opportunities for the direct access to various three-dimensional polycyclic molecules with structural novelty and diversity, which might have great impact on medicinal chemistry and drug discovery.

The research group led by Prof. Shuli You at Shanghai Institute of Organic Chemistry (SIOC) has made tremendous efforts in the area of CADA reactions. They developed an array of asymmetric dearomatization reactions of important aromatic compounds like indoles, pyrroles, phenols, naphthols, pyridines, oxazoles, etc. by transition-metal-catalysis or organocatalysis. Some of these reactions can be successfully implemented into cascade transformations where multiple rings and stereogenic centers can be established in a facile and controllable way.

In their recent paper published in Nature Communications, Prof. You and coworkers described their latest progresses on CADA reactions. For the first time, an asymmetric aminative dearomatization/Michael addition cascade was realized on α-naphthols.

“Surprisingly, the reaction shows exceedingly high chemo-, regio-, and stereoselectivities,” said Prof. You, “Among the multiple reactive sites available on the α-naphthol substrates, the desired reaction takes place in a rather precise manner, overriding several potential side pathways including the well-known Friedel–Crafts reaction.”

“The dearomatization step is the controlling factor for the whole cascade.” Prof. You further explained. “Unlike our general impression, the dearomatization step in this system is energetically favored. Furthermore, it triggers the subsequent Michael addition to furnish the synthesis of chiral polycyclic α,β-unsaturated ketones in high yields and excellent enantioselectivity under mild conditions.”

“We are currently working on seeking potential applications of these new molecules and their derivatives in biological activity evaluations. We hope the innovation on the molecular level can truly contribute to the medicinal industry and human health.” Prof. You concluded. 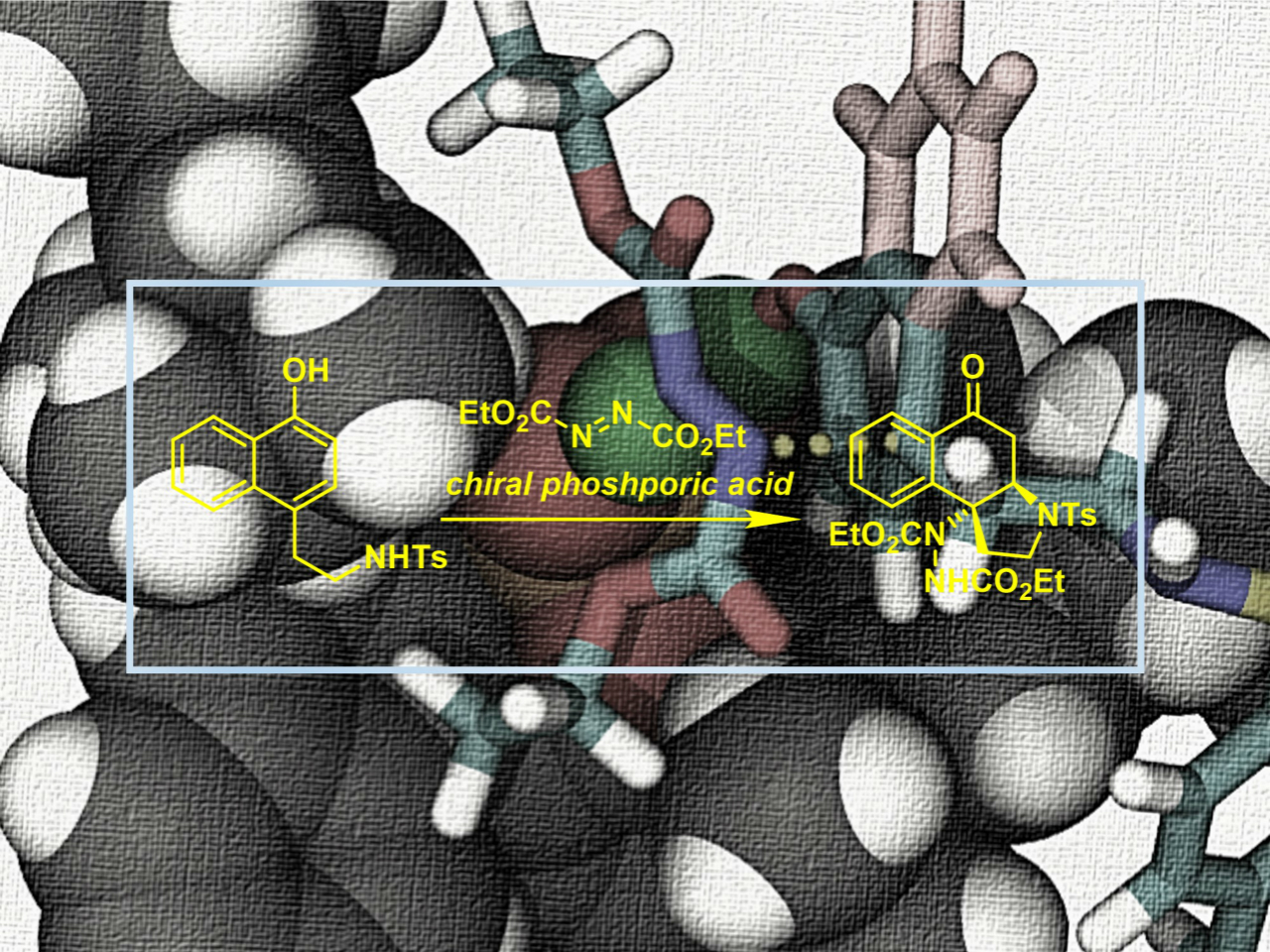