Several times a year we host “synthetic exercise” group meetings in the Garg Lab at UCLA that task teams with proposing original solutions to unmet challenges in synthetic chemistry. These exercises often push group members to think creatively about new research areas of interest to the lab. In June of 2017, group members were asked to “develop a new transformation that harnesses an enzyme and a compatible organic methodology.” One-pot, chemoenzymatic reactions that blend chemocatalytic and biocatalytic processes allow chemists to consider unusual retrosynthetic disconnections and often improve synthetic efficiency,[1], [2] making them a topical subject for a group meeting.

At the time, the development of asymmetric transformations of amides was at the forefront of our minds. Our lab and others had recently disclosed cross-couplings of amide electrophiles, however, there were no reported enantioselective transformations of amides that proceeded with C–N bond activation.[3],[4] We were eager to overcome this limitation and were open to considering unconventional approaches.

Fig. 1 Chemoenzymatic conversion of amides to enantioenriched alcohols. a Approach. b Team members.

During group meeting, a chemoenzymatic conversion of amides to enantioenriched alcohols was proposed (Figure 1a). Notably, this approach decoupled C–C bond and stereocenter formation, making it potentially modular. We imagined employing different substrate and biocatalyst combinations to access various enantioenriched moieties from amides. If possible, chemoenzymatic reactions could provide a general platform for achieving enantioselective conversions of amides.

Excited by this idea, a few of us (Figure 1b) decided to take a stab at developing the proposed methodology. We first assessed a Suzuki–Miyaura coupling of amides[5] in water, an uncertain challenge, but necessary for achieving the targeted methodology. Concurrently, we enlisted the help of Drs. David Entwistle and Oscar Alvizo, biocatalysis experts at Codexis, who guided our efforts to identify a suitable ketoreductase (KRED)[6] catalyst to use in the chemoenzymatic methodology. After optimizing both steps independently, we sought to identify suitable conditions for the transformations to occur in tandem. Unfortunately, all attempts to achieve the desired process failed due to incompatibilities between the two synthetic steps, a common feature of chemoenzymatic reactions.

We recognized, however, that running the reactions sequentially would circumvent many of these incompatibilities and began optimizing the methodology described in our manuscript (https://rdcu.be/bKW4U).[7] Subsequent scope studies highlighted that this transformation is fairly general, delivering a range of enantioenriched alcohol products in high yields and selectivities. Additionally, we demonstrated the utility and modularity of this methodology by completing formal syntheses of both (R)- and (S)-orphenadine (antihistamines) using KREDs that induce complementary stereoselectivities.

This study represents the first enantioselective conversion of amides that relies on C–N bond activation. We look forward to developing a tandem variant of this transformation in the future. Furthermore, by employing different substrate and enzyme combinations in similar processes, we hope to access other classes of enantioenriched products from amides.

I hope this anecdote emphasizes the importance of engaging in structured, creative laboratory exercises as researchers. Though it can be difficult to accommodate these experiences in our busy schedules, my project partners and I are glad we did. 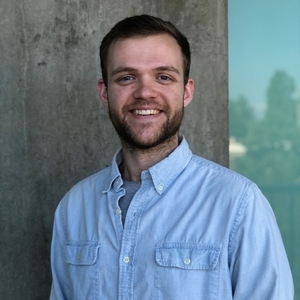