This is the story behind our paper "A multicomponent synthesis of stereodefined olefins via nickel catalysis and single electron/triplet energy transfer" on Nature Catalysis.

Alkynes are one of the most common and important structural motifs in many organic molecules. Therefore, it is an important topic for chemists to develop methods to realize the functionalization of alkynes. Among them, difunctionalization of alkynes via multi-component reactions represent a typical method. Although many methods have been developed most of them rely on the use of organometallic species such as Grignard reagents, organoboron and organolithium reagents and require high temperatures or multistep reactions. So the development of more general, efficient and practical cross-coupling protocol under mild condition is highly desirable.

Two of our group’ s research interests are nickel catalysis and photocatalysis. Recently, via combination of photoredox and nickel catalysis, we realized a series of meaningful cross-coupling reactions under mild conditions (Angew. Chem. Int. Ed. 2019, 58, 3566-3570; Angew. Chem. Int. Ed. 2018, 57, 10333-10337; Angew. Chem. Int. Ed. 2018, 57, 1371-1375.). For example, we developed a photoredox and nickel dual catalyzed cross coupling reaction of aryl halides and sodium sulfinates at room temperature, affording a wide range of valuable aromatic sulfones. Also, we saw another important paper reported by Lei’s group which describes a highly regioselective addition of S-nucleophiles to terminal alkynes through a photoredox process. Based on these results and our interest on photoredox and nickel dual catalysis, we wondered whether we could realize the difunctionalization of alkynes in one-pot manner, under mild conditions, via a three-component cross coupling reaction involving aryl halides, sodium sulfinates and alkynes.

We first tested the cross-coupling reaction of 4-bromobenzonitrile, phenylacetylene and sodium 4-methylbenzenesulfinate in the presence of an Ir photocatalyst, NiCl2·dme and dtbbpy ligand. However, only unwanted two-component reaction products such as the corresponding sulfonylated arene (21%) and a-substituted vinyl sulfone (6%), as well as 4-hydroxybenzonitrile (20%), were obtained which is understandable based on previous reports. Then the question was how to solve the issues of chemoselectivity, regioselectivity and stereoselectivity? The first factor that came to mind was the ligand, because ligand always plays an important role in cross-coupling reactions. A breakthrough was made when we used a tri-tert-butylterpyridine ligand, 95% yield of the desired three-component cross coupling product with 89:11 Z/E ratio was obtained.

With this result in hand, we wondered why the main product is the Z isomer. Considering the fact that the photocatalyst could lead to Z/E isomerization via energy transfer, we initially proposed that the E isomer of the desired product was first generated, followed by isomerization to the Z isomer via energy transfer between the olefin product and photocatalyst. If this is correct, pure E isomer of the product could also be obtained if we were to choose a suitable photocatalyst bearing a lower triplet state energy. We next screened a wide range of photocatalysts bearing different triplet state energy. Pleasingly, when a Ru-based photocatalyst was used, the E isomer of the product was obtained with the E/Z ratio as high as 99:1, which proves our conjecture to some degree. It is noteworthy that although the alkene synthesis coupled with controlled E/Z isomerization in a single reaction system has been achieved, in the transformation between planar, conjugated E isomer and twisted, deconjugated Z isomer, a multi-component cross-coupling reaction with “in-situ” isomerization under mild condition has not been realized before. More importantly, the E/Z isomerization is between two structurally similar isomers (trisubstituted 1,1-diarylalkene), which is much more challenging. The applicability of this methodology is demonstrated by its high tolerance of numerous functional groups; the functionalization of complex molecules which is important in the late stages of a multistep synthesis; the success of gram-scale reactions; and the further transformation of the generated product to other valuable organic compounds.

A series of control experiments and DFT calculations were conducted to further explore the mechanism. The results show that the mechanisms include the combination of single electron transfer (SET) with nickel catalysis for the optimized Ru-photocatalyst and single electron transfer (SET) with nickel catalysis followed by energy transfer (ET) for the optimized Ir-photocatalyst, enabling the generation of trisubstituted alkene isomers. We anticipate that this protocol will provide a platform for other mild multi-component cross coupling reactions in organic synthesis.

Also, here I want to share my experience about DFT calculation study. Initially, I had little knowledge about this field but I am very interested in it. After I expressed my passion about DFT calculation, my supervisor, Prof. Magnus Rueping, provided me with the opportunity to learn about it. At KAUST I have gained a systematic understanding of this field and learned how to take use of it as a powerful tool to reveal detailed mechanisms of different chemical transformations. With the knowledge gained and the help of Prof. Luigi Cavallo and Dr. Bholanath Maity, also the mechanism of the present project was investigated in detail using DFT calculations. From this experience I can encourage researchers to tackle problems using a combined experimental and computational approach. 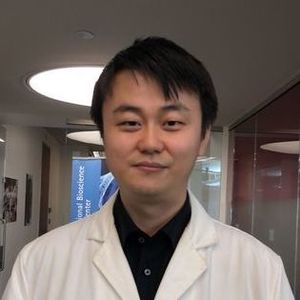